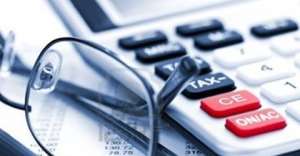 Finance Minister, Honorable Ken Ofori-Atta has confirmed that a tax exemption bill has been laid before Parliament for passage to streamline tax exemptions.

Domestic revenue performance over the past two to three years has not met the budgeted estimates, with last year’s target falling short by about 10 percent and prompting the government to realign its expenditure in view of the shortfall.

“…it was agreed that tax exemptions will be rationalized, and their management framework strengthened to improve domestic revenue mobilization. The authorities estimate tax exemption costs to be as much as 1.6 percent of GDP in 2018,” said Ms. Annalisa Fedelino who led an IMF team to Accra in February to conclude discussions on the combined seventh and eighth reviews of Ghana’s Extended Credit Facility Programme.

President Akufo-Addo in his State of the Nation Address in February described the existing tax exemption policy as an Achilles-heel and a growing menace to fiscal stability and revenue generation.

According to the President, this is not sustainable and the government intends to do something about it to reverse the trend – by introducing suitable measures that may disrupt the easy and comfortable arrangements many have become accustomed to.

Meanwhile, President Akufo-Addo has indicated that reforms to Ghana’s import duty regime are underway to cut down the high duties prevailing in Ghana’s ports.