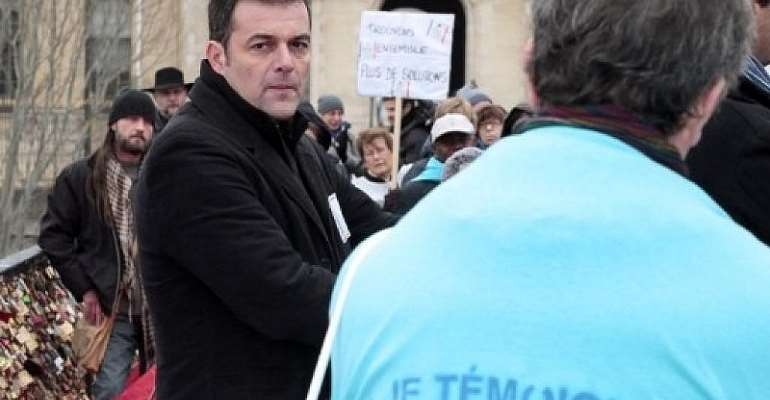 While most Parisians greet the warmer spring weather with relief, for thousands in the capital and other major cities, the change of season is a stressful time. The end of March signals the end of emergency winter housing plan in France, which could put up to 8,000 people back on the streets.

During the winter period in France, from 1 November until 31 March, a tenant cannot legally be evicted except if another form of decent accommodation has been found for them.

It also means the closure of temporary emergency beds made available by the government throughout the five months of winter.

On Wednesday, the Minister for Housing Julien Denormandie, announced that it had increased its temporary capacity to host 6,000 more homeless people during the winter. But only 1,400 of those beds would be made permanent, bringing the number of emergency beds to 145,000 throughout the year.

"This is a gallant effort but it isn't going to be enough" says Florent Gueguen, of the Federation of Solidarity workers (FAS).

To illustrate the gravity of the situation, on Thursday, the Salvation Army in Paris painted dotted lines on the ground with the words "reserved for the homeless" to represent the only place people would be able to sleep after being evicted.

"No-one should have to sleep in the street, it's something from another era", says Samuel Coppens, spokesperson for the Salvation Army in an interview with Le Monde daily newspaper.

In 2017,15 547 families – more than 30 000 people – were evicted with the help of the authorities, a historical record, according to the latest annual report published by the French charity Fondation Abbé Pierre (FAP).

"The rise in evictions is in direct contradiction to the 'housing first' policy of the government", says the Foundation, a plan that was intended to facilitate direct access to housing.

"With an increase of 46 percent over the last ten years, around 300,000 people have been forced out of their homes" FAP said.

"How many more will be evicted this year?" the FAP asked during an event to raise awareness, in front of the housing ministry in Paris on Sunday.

On Saturday, some people who have been evicted before, or are about to be made homeless, joined the Yellow Vest protesters in Paris alongside the organisation known as "Right to Housing" (Droit au Logement).

Charities point the finger of blame at several factors. The steep rise in rent, the competitive real estate market, the energy crisis along with the general loss of purchasing power for low and middle income workers.

They are urging the government, in light of these factors, to stop all evictions unless alternative housing arrangement can been found.

They are also calling for the construction of housing for low income families on a massive scale and are insisting on rent-controlled housing in big cities.

On top of that, charities are concerned that with administrative changes made to various public structures set up to welcome migrants, there will be even more people made homeless this year.

Mathias Mourier Communications officer for La Cloche, an association to help the homeless told La Connexion news site earlier this year that there are an estimated 150,000 homeless people in France.

He said citizens want to be of some help but they didn't know how.

The organisation's Le Carillon project has signs for shopkeepers or restaurants to put in their windows to show what services they can provide such as access to a telephone, internet, a meal, a haircut, toilets or a glass of water.

The initiative is part of an international platform known as The Chime.