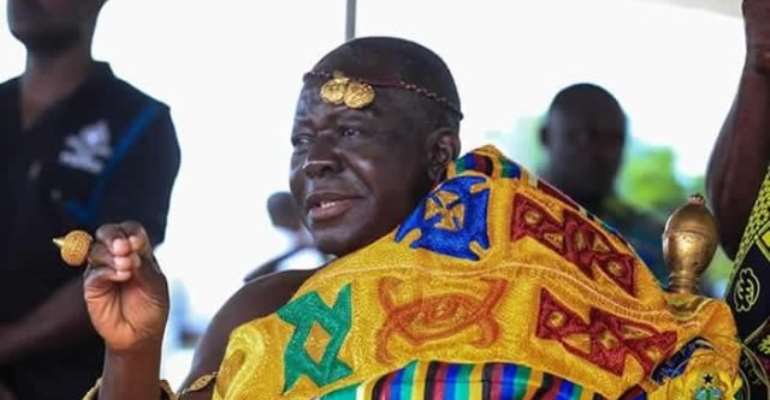 The Asantehene, Otumfuo Osei Tutu II, says he is the reason Ghana did not ‘burn’ since it entered into multi-party democracy some 27 years ago.

He said but for his interventions, Ghana could have become one of the war-ravaged countries in Africa with deep-seated hatred among opposing individuals.

Otumfuo said from the days of Jerry Rawlings, John Kufuor, John Mahama to present day Nana Addo Dankwa Akufo-Addo, he had mediated behind closed doors sometimes on the eve of elections just for Ghana to have peace.

Otumfuo Osei Tutu said in spite of all those, had been lampooned of belonging to either of the two main political parties, the National Democratic Congress (NDC) and the New Patriotic Party (NPP).

He said all that he was interested in was to see Ghana develop and it did not matter under which party or government.

The fund s to help implement a 10-year development plan set by the club under the stewardship of Asantehene to compliment the efforts of government.

Read the full story in Monday’s edition of the Daily Graphic newspaper.