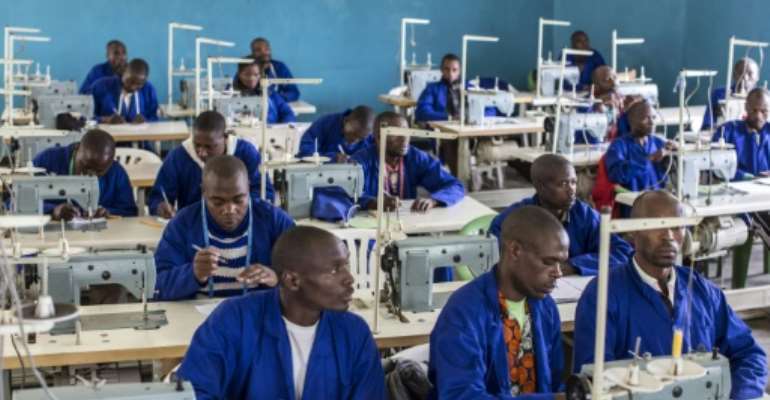 In the classrooms where the men learn their lessons, the mood is serious.Â . By JACQUES NKINZINGABO (AFP)

Dozens of ex-militia killers stroll around an open camp beneath mist-shrouded volcanoes in Rwanda. They are learning to reintegrate into the country whose government they have spent years trying to overthrow.

These are men who helped carry out Rwanda's horrific 1994 genocide, and then formed a rebel army that has been fighting ever since.

After the carnage of the Rwanda genocide, which began 25 years ago this April, the men who carried out the massacre of at least 800,000 mostly Tutsi people fled west to neighbouring Democratic Republic of Congo.

Some of them are former members of Rwanda's army. Others had joined the militia known as the "Interahamwe", club and machete-wielding Hutu gangs that carried out the killings targeting the Tutsi minority.

Chased out of Rwanda, they formed a notorious rebel army, the Hutu fighters of The Democratic Liberation Forces of Rwanda, known by its French acronym, FDLR. 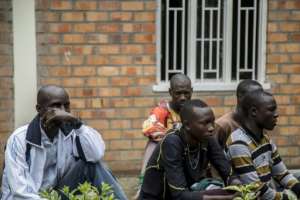 But after a quarter of a century haunting Congo's forests, many of these veterans were exhausted and wanted to give up the fight.

So a stream of rebels have returned home. Rwanda houses them at Mutobo, a camp some 100 kilometres (60 miles) northwest of the capital Kigali and beneath the Virunga mountains, seeking to reintegrate them into society.

'Rwanda is my country'

Joseph Kabalindwi, a 50-year old former rebel major, said he laid down his arms in 2014 "to promote peace."

Kabalindwi was one of 1,563 former FDLR fighters who returned to Rwanda in November 2018, after Congo refused to keep them on their soil any longer.

But he says he is happy to be back.

"Even though I left the country a long time ago, I remained Rwandan," said this ex-major with conviction. "Rwanda is my country, and I wanted to go home."

There is no fence around the camp, but Rwanda keeps a close eye on the former rebels.

The government's Rwanda demobilisation and reintegration commission, which runs the Mutobo camp, has handled 11,000 fighters from rebel forces since 1997.

Each batch spends three months in the camp, before they can return to the families and homes they left decades before. 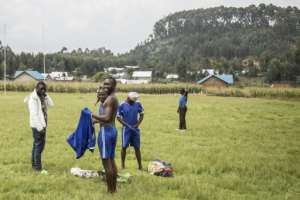 They are then also issued with identity papers and a one-off payment of 60,000 Rwandan francs (66 dollars, 58 euros) to start their new life.

In Mutobo, the former FDLR receive civic education classes aimed at combating the bloody ideology that led to the genocide.

The former guerrillas also learn how to participate in the reconstruction and development of the nation, and, for men who have spent years in military fatigues, training to reacquaint them with civilian life.

In November, Kabalindwi's brothers came to visit. They had last met in 1994.

"They were very happy to see me," he said with a smile. "Some of us died in the forests of Congo, so for me it is a miracle from God to find someone who is still alive."

When he and his comrades returned to Rwanda, many believed that they would be killed immediately. Instead, they have been surprised by their reception.

"Since we have been here, fear is gradually diminishing," Kabalindwi admitted.

For many FDLR fighters, mistrust of Kigali is the main obstacle to their return - as well as the fear of facing justice for the crimes they committed. 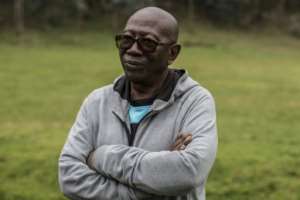 In the classrooms where the men learn their lessons, the mood is serious.

Focus Twiringiyimana, a 47-year old ex-FDLR fighter, takes detailed notes at a sewing machine, while the teacher at the blackboard offers instructions.

Twiringiyimana passed through the camp a year ago, but has returned for training to become a tailor.

For his old FDLR comrades still fighting in the bush, he offers a simple message.

"They should come back to the country, to work for their own development," Twiringiyimana said. "They are only wasting time and it will do them no good".

Out of Belgian jail

Not everyone in the camp joined the FDLR.

One newcomer is Bernard Ntuyahaga, a former army major, who arrived in December 2018 from Belgium after serving 20 years in prison.

He was convicted over his role in the death of 10 Belgian soldiers with the UN peacekeeping force, who were slaughtered in 1994 as they protected the then Rwandan Prime Minister Agathe Uwilingiyimana. She was also murdered.

Ntuyahaga, now in his late 60s, returned to Rwanda in December against his will, after exhausting all legal efforts to remain in Belgium. Now he is taking classes in civic education. 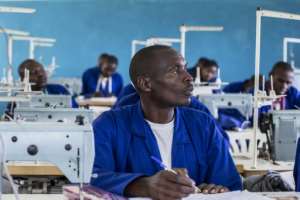 "Within just the few months I have spent here, I already feel comfortable," he said. There is, at times, an echo of official rhetoric. It is unclear if he believes it, or if he is wary of criticising the government policies.

"I am hopeful for the years that I have left to live," he added.