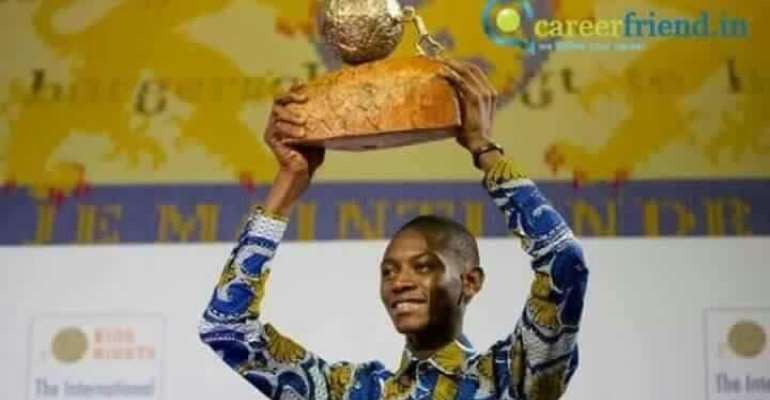 The leader of humanity, the keeper of conscience, the campaigner of justice, the commander of our thoughts, and an icon of peace. You were bred: intelligent, and with academic fortitude being planted in you. The lines of praises will never be enough and your immense contributions to the human family will remain in infinite numbers.

You were born and raised in the slum community of West Point, where you lost your father during the second Liberian Civil War, and later developed an unquenchable passion for child rights advocacy - when Little Angel Togba was gang raped and brutally murdered by her foster parents. In keeping with the spirit of times, you have been well known for standing against sexual and gender based violence.

In 2015, The Kids Rights Foundation recognized your tremendous efforts and robust advocacies in Liberia and the world as a whole. And that was the beginning of what I call “your path to greatness - raising from the slum to the dome. It was given on a civil platter but it was obtained through struggles. Again, in keeping the spirit of the times, you have been invited to addressed a number of international platforms ranging from United Nations, ECOWAS, EU, African Union, and local platforms.

At every gathering, your proven command of words and relentless fight for the dignity of the human race has made you a hero for millions of people - young and old - around the world.

The fact is you may not be respected here in Liberia - which is usually the case of struggled icons. In fact, many hate your stance on issues, but it is precisely this that has made you the distinguished personality that you are.

With the culture of "complacency" and “negative compromise” among fellow men, you have always stand against your internal self, and champion the cause to keep striving in the midst of competing events. With the help of your broader knowledge of society, several of our comrades have tapped your humanly experience to reach their destiny. You may not know, but you inspire thousands of people daily including me.

Countless tones will not address your immense services to the human family. You swept past many heroes and can be compared to Kofi Annan of Ghana.

The new-century will forever remember you. We'll use your tag among many others and get a better version of our country. Asante sana!

Sallia S. Komala is a freshman student studying civil engineering at The Jiangxi University of Science and Technology. He’s Amigos, Liberian, Afro-optimist, Emerging Pan-Africanist leader, Engaging peacemaker, and Practicing writer. He can be reached at : [email protected] or +86 130-2722-7076.