The Fallen Christians - Part I 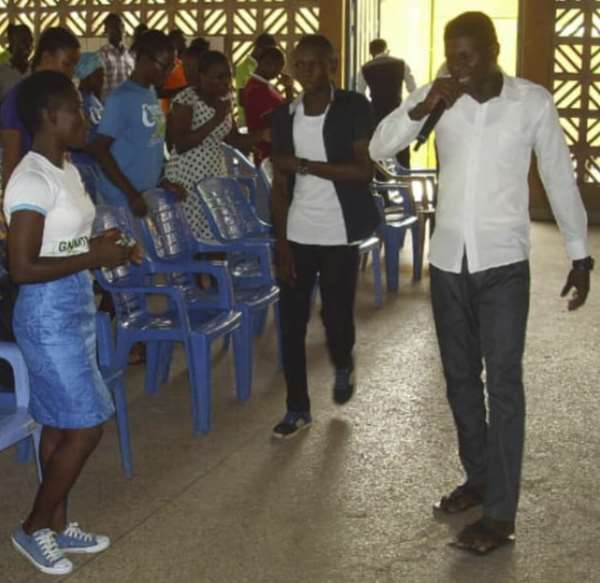 At a time like this when the revival of this age is the awakening of the consciousness of the return of the great MESSIAH. It is very necessary that we take a self-retrospection and re-establish our relationship with our maker. But how does one get to know God and re-establish a cordial relationship with Him if one is born into a traditional family where the name ‘’Church’’ has never been heard? The numerous challenges being faced by people is a matter of great worry, the situation has grown berserk that some people like C. S Lewis (1952) wrote a book titled “Mere Christianity” questioning the existence of God. But God in His own wisdom is not unaware of the plight of His people; He acts at the right time.

The love of God towards His people is so glaring even in one’s death that He needs to be showcased, celebrated, acclaimed and proclaimed on the mountains and deserts for the world to know and hear about His goodness. Inter alia, occasionally, one wonders in total amazement and in a wanton dissatisfaction of the essence of Christ’s death on the cross. But if the death of Christ is not purported for the redemption and total liberation of His people 2000 years ago, then His very purpose of death on the cross is heavily defeated. One keeps asking oneself, what the essence of Christianity is all about. What is the essence of going to church?

People in these days see Church as a part of social activities and so their participation in church’s activities is borne out of self-interest and popularity. What is more frustrating and unacceptable is the fact that, the very people called to be the shepherds of His sheep are the very individuals who are tightening the route to heaven and widening that of hell’s; this is long-established in how souls are still missing and stampeding one another in the dark in this broad daylight, and instead of clamoring for these lost souls, we are busy preaching prosperity and how to make money to the total neglect of salvation for the “unborn. “

There are multitudes that also attend church service religiously but are completely astrayed because the truth is hidden from them. The sufferings of these Christians cannot be attributed to their ‘’village gods’’, I term them ‘’found but lost Christians’’ suffering from an infection known as “Bible-phobia”. People are in church today in search for miracles, problems of life, too much, and then they run to church for answers. But is that the essence of Christianity? Do we know the God we serve at all? If God does not intend to answer our prayers, He won’t instruct us to pray as captured in His word. (James 5:1, Is anyone among you in trouble? Let them pray). Further studies (Romans 12:12, Mathew 6:9-1𝟹 etc).

There is no limitation to accessing God’s unmerited favor yet we see people with multiple problems battling with them forgetting that, we were all saved on the cross and all one needs to do is to walk to Him in Faith and by making one request known to him. But I keep asking myself that, can a blind man lead a blind man.? Indeed we live in interesting and troubling times. If life is all about living a wretched life, slipups, destitution and going through pain after pain, then life is not fair and there is no need serving God.

The spiritual journey of an 18 year old boy named Sampson cannot be silenced as far as God requires testimonies. It is mind-blowing to know that people exhibit certain characters due to their past experiences in life, and Sampson is no exception to this rule. Sampson is an 18 year old boy born to Mr. and Mrs. Dogmalkuu from a traditional family that had no water nor Holy Spirit baptism and as such has no reverence for God. His parents took delight in worshiping and adoring lesser gods to the total neglect of the Supreme Being who created everything in this universe. Like father like son, Sampson just grew up to an age of unlimited ignorance without God in mind, and his daily activities reflected his little knowledge and oblivion of the desire of God for Him to be served.

Telling him to go to church is like pouring petrol in fire, they don’t meet; though I personally don’t agree that going to church is the basic definition of a true disciple of Jesus, I have my own reservations on that frankly speaking. Though he is known in social life to be a humble guy, respectful and honest, his personal relationship with Jesus Christ now has nothing to do with his few good deeds as at then. One must know that one can be moral and not Christianized. On the contrary, a true Christian exhibits morality automatically. Good!

It is indeed unknown and absurdly ominous perception of mankind which is programmed by Satan to thwart the efforts of man away from God. Life on earth is hell for those who know not Christ Jesus. An everlasting joy awaits those who seek Christ and find Him both in life and in death. Ipso facto, the life of paradise transcends the pomp and the glitters of this transient life that will soon fade away like grasses.

The basic principle of Christianity is a transition from this sinful and adulterous earth into the perennial abode of God prepared for the righteous called Heaven. And so if one’s prayers, fasting, alms giving, study of the word and all other standardized religious activities are not geared towards entering Eternity with Christ, then it is of no difference with the man who makes his own gods with his own hands and worships them by himself. It is known scripturally that if one does not serve His maker dutifully by fighting for your own salvation with fear and trembling, then be prepared to suffer the eternal flame of hell. God forbid!

Interestingly, Jesus Christ who shared spiritual knowledge whilst on earth revealed that every human being on earth here is either a child of God or a child of the devil. This is of course factual and needs no intellectual debate but for the benefits of the doubting Thomases a Biblical reference can be made in Mathew 12:30 and Luke 11:2𝟹.

Sampson in his own ignorant wisdom never welcomes the idea of Church activities until a disaster, calamity, debacle, a convulsion and sometimes I prefer calling it Armageddon befell him in 2016. This unfortunate condition which will be made known in Part II of this write-up shook him and the entire family to the very core. Having gone through a half-year excruciating pain, psychological trauma, sleepless nights after all efforts by his father to get his ‘’trusted gods’’ to save his surviving son failed abysmally. His dad threw his hands in despair awaiting his son’s fate to be determined by God.

Interestingly, God who has so many ways of touching and rescuing His very own from the hands of the “wicked devil”, executed same in a miraculous way to have him saved. The price was paid 2000 years ago and so there was no need for him going through any pain in payment of any debt. Even at the time he knows no Christ, yet Christ loved him and was very empathic and sympathetic about his son’s welfare. All he needed was to walk in faith to Christ and demand His ‘whatever’ package and it is delivered unto him without a question. Jesus Christ is a follow sufferer, a savior, a sympathizer and a protector. He has walked many hard roads, he has felt his own anguish and crushing pain, He understands, He is compassionate towards us; He is a comforter and a good listener. He understands our problems more than we do.

The Psalms which are so full of heartache and so full of faith, often start with simply giving voice to the experiences of suffering. Having laid his hands on a thorn Bible that has been abandoned for years unknown, as if it was something divine, at first sight he opened and spotted Psalm 147:2 ….’’He heals the brokenhearted and bandages their wounds.’’ This revived the faith of the young ‘Christless’ guy who was perishing in the bad hands of Satan. Principally, I am tempted to think that, sometimes God in His own wisdom allows people to go through a little bit of pain either as a way of training them for a divine task ahead, for His name to be glorified and exulted or to let you know that He is God by himself. Well, this is left with the Bible scholars to do their usual scrutiny.

As a true Christian, the affliction of one sheep should be of multiple afflictions to the shepherd. It has been Biblically enshrined that God needs man to do His work and when one avails oneself before Him, one will be used as an instrument to advance His kingdom growth. This was perpetuated and well calculated ensuing the encounter of a passionate soul winner nicknamed ‘The Crusader’ probably because he likes crusades and revival programs but known in public life as KANYIRE FAVOR BONDANYI SHADDRACK an ardent and unrepentant attacker of the kingdom of Satan and its perpetrators.

He has his own dictum that ‘’there can’t be fire without a firewood.’’ Shaddy, as I usually call him, had the conviction that, the only true characteristic of a true believer is he who walks in the path of Christ Jesus, spending time populating heaven and depopulating hell. Power packed and kingdom minded, he preaches grace and walks grace with abstemiousness. Very sober and reflexive, he is known globally for his supernatural and Biblical intellect where he drives support from the utterances of Jesus and shakes the literary domicile of Satan unremorsefully. These are the men I’m sure God has been bragging of. They are the people God pinpoints, knock His chest and say these are the people working in my vineyard.

Just like how Saul was arrested by Jesus Christ on his way to Damascus to persecute God’s people, Sampson is seemingly a product of such grace which he benefited through the passionate soul winner ‘’The Crusader’’ when they got clustered at Jirapa Nurses’ Training School. And bam! There comes the unlimited freedom of Sampson. Today he is a freeman searching for people in bondage to free. These are the joys to which Christ died a shameful and unmerited death on the cross so that we can be free.I have now come into terms that, He did not come for the holy or holier, he came for the wicked and unrighteous. Today no one understands why he (Sampson) is stubborn for Christ, where the souls of the lost are so dear to his fragile heart.