Alexandria Ocasio-Cortez May Be the Smartest Newest US Congressional Rep 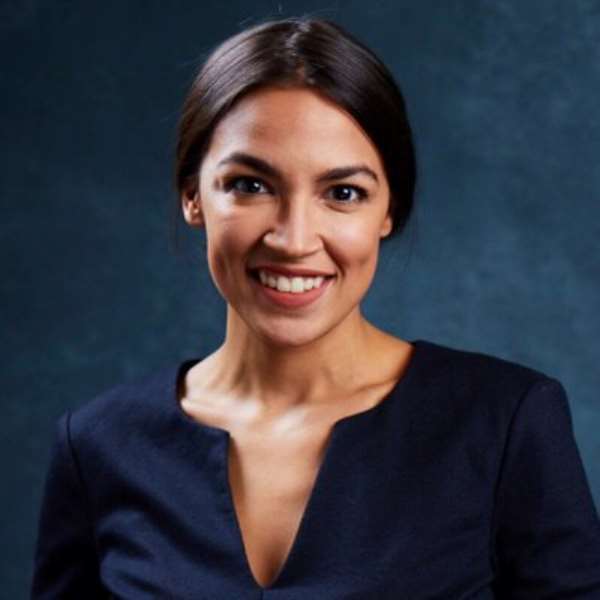 She did not say anything really deeply offensive as is being widely portrayed by the American media, on the recent Mosque shootings in Christchurch, New Zealand (See “ ‘What Good Are Your Thoughts & Prayers’: Ocasio-Cortez Criticized for Comments on New Zealand Shooting” USA Today 3/15/19). And yet, the firebrand “freshwoman” New York City Congressional Representative was caustically lambasted by the political conservatives and the Trumpian-trumpeting Alt-Right for being morally and culturally insensitive. To be certain, all that the Bronx, New York, Democratic Congresswoman of Puerto Rican descent had said was as follows: “At first I thought of saying, ‘Imagine being told your house of faith isn’t safe anymore.’ But I couldn’t say ‘imagine.’ Because of Charleston. Pittsburgh, Sutherland Springs.”

Her most ardent Republican partisans went straight for her jugular, as it were, on specious grounds that Representative Ocasio-Cortez had rather cavalierly presumed to haughtily and disdainfully impugn both the significance and relevance of those who had tweeted by saying that their thoughts and prayers were with the victims and their relatives. But that is precisely what the rancid hypocrisy of the members of the National Rifle Association (NRA) and their supporters and sympathizers has squarely been about. In Charleston, just like Christchurch, it was a thuggish gang of some White Supremacists that decided to snuff the living daylights out of some 50 devout Muslims, while in Charleston, South Carolina, it was an unconscionable and remorseless lone gunman who had wasted the lives of some 20 African-American worshippers in the oldest Black Christian Chapel in the state that was once the foremost commercial hub of the infamous Trans-Atlantic Slave Trade.

Actually, the most appropriate description of this most sacrilegious act of criminality of the highest order ought to have been the Barbaric European Trade in African Humanity, except that the African end of this most scandalous act of self-denigration and self-destruction would have been unjustifiably, infantilely and facilely muffed up, almost as if the African was beyond the redemptive pale of civilization. You see, the three deadly incidents mentioned by Congresswoman Ocasio-Cortez would probably not have occurred, if the NRA’s Amen-Corner in both the United States’ Senate and the Lower-House of Congress had not made it cheaper to purchase and/or own an AR-15 assault rifle than a relatively far less massively destructive handgun or pistol. At least that was what we all learned some two years ago, when a couple of frustrated African-American veterans of the United States’ Military decided to do target-shooting practice with the bodies and lives of some widely perceived racist Texan police officers, following several incidents of what well appeared to be an open-season of the rampant and reckless wastage of African-American lives.

Indeed, as I told some of my students in a class discussion about the New Zealand Mosque shootings recently, any racial and/or ethnic minority who was not even a Muslim by faith could readily and unreservedly identify with the victims, for the simple reason that the common denominator here was the fact that the shooter/shooters was/were self-proclaimed White Supremacists. “You see, I am fundamentally no safer from the crosshairs of the White Nationalists who brutally slew or shot and killed the 50 people who were peacefully worshipping their Allah in the two separate Mosques in Christchurch. At Sutherland, Texas, the Baptist Church that lost about a dozen of its worshippers was congregationally predominantly white. But the Pastor-in-Charge of that church, we learned at the time of the incident, was an African-American man married to a white woman. So technically speaking, the Sutherland Springs Church was also a Black or ethnic minority church or sanctuary.”

Then, of course, there was also the Pittsburgh, Pennsylvania, Synagogue tragedy, in which nearly a dozen Jewish lives were wasted by some White Supremacists or a White Supremacist, I forget which; I also found it onerous and plain tedious to Google the specific identity of the criminal suspect or suspects as of this writing. The fact of the matter is that like her or dislike her, Rep. Ocasio-Cortez placed her finger on the true cause of not only the mass Mosque shootings in Christchurch, New Zealand, but also right here in the Mega-Nation that is the United States of America. And the problem, of course, has to do with lax gun-purchasing laws. We are also told that at the time of the two Mosque shootings, New Zealand was on the verge of thoroughly overhauling its gun laws. Here in the USA, however, it well appears that the NRA worshippers of “Westerns Cowboyism” have deeply dug in their heels beyond the reach of any legal or judicial bulldozer.