Pope In Morocco Warns Catholics Off Converting Others 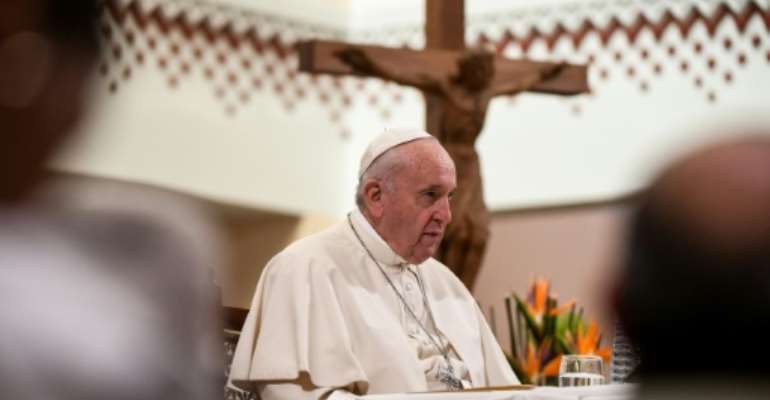 Pope Francis is on a two-day visit to Morocco. By FADEL SENNA (AFP)

Pope Francis on Sunday warned Catholics in Morocco against trying to convert others to boost their small numbers, during a rare visit by a pontiff to the North African country.

Speaking in Rabat's cathedral on his second day in the Moroccan capital, Francis insisted trying to convert people to one's own belief "always leads to an impasse".

"Please, no proselytism!" he told an audience of around 400, who greeted the pope's arrival by ululating and applauding, while hundreds more gathered outside the cathedral.

Islam is the state religion and authorities are keen to stress the country's "religious tolerance" which allows Christians and Jews to worship freely.

"I protect Moroccan Jews as well as Christians from other countries, who are living in Morocco," King Mohammed VI told crowds on Saturday, following the pontiff's arrival. 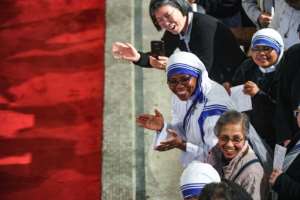 Francis is the first pontiff to visit the North African country since John Paul II in 1985 and the cathedral had been repainted for the occasion.

Waiting for the pope outside, a Nigerian man said the visit "shows that living together is possible in Morocco."

But "there are things to improve, notably the question of migrants and that of Moroccan Christians," said 36-year-old Antoine, who works for an association to defend migrant rights.

The need to support migrants was mentioned again Sunday by Francis, who has made the issue a focal point of his papacy.

On Saturday he visited migrants at a Caritas charity centre, where the pope criticised "collective expulsions" and said ways for migrants to regularise their status should be encouraged. 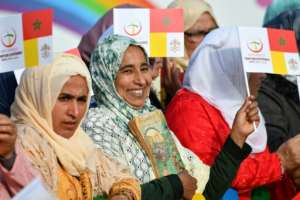 Earlier on Sunday, Francis visited a social centre run by nuns and volunteers near Rabat, including a health centre where he met with unwell children.

The previous day he visited an institute which hosts around 1,300 trainee imams and preachers.

The Moroccan monarch also welcomed Francis to the royal palace, where the two addressed the "sacred character of Jerusalem" in a joint declaration.

The city should be a "symbol of peaceful coexistence" for Christians, Jews and Muslims, they said in a statement released by the Vatican. 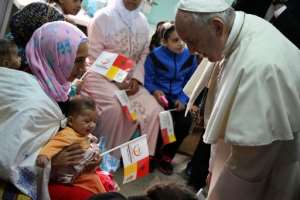