Francis Holds Mass During First Papal Visit To Morocco Since 1985 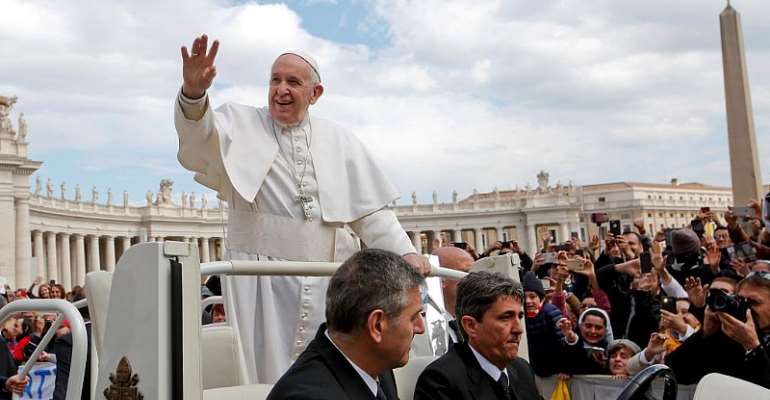 Pope Francis has held Sunday mass in the Moroccan capital Rabat at a stadium packed with some 10,000 members of the country's Catholic minority, on the second day of a visit during which he defended "religious freedom" and the rights of migrants.

Francis is the first pontiff to visit the North African country since John Paul II in 1985, and his arrival drew thousands to the streets on Saturday.

The Argentine was welcomed to Morocco by King Mohammed VI who describes himself as "commander of the faithful".

Although Islam is the state religion, Moroccan authorities are keen to stress the country's "religious tolerance" which allows Christians and Jews to worship freely.

In a joint statement released by the Vatican on Saturday, the Pope and the King addressed the "sacred character of Jerusalem" saying the city should be a "symbol of peaceful coexistence" for Christians, Jews and Muslims.

Francis's palace meeting with the king was followed by a visit to an institute which hosts around 1,300 trainee imams and preachers.

While visiting a charity, the pontiff also highlighted the suffering of migrants, denouncing "indifference and silence" while calling on people to consider them "as people, not numbers".

Francis described Morocco as a "natural bridge between Africa and Europe" and said world problems could never be solved by “raising barriers” or "fomenting fear of others."

He criticised "collective expulsions" and said ways for migrants to regularise their status should be encouraged.

The number of people taking the sea route from Morocco to Spain has recently surged as it has become harder for them to pass through Libya.