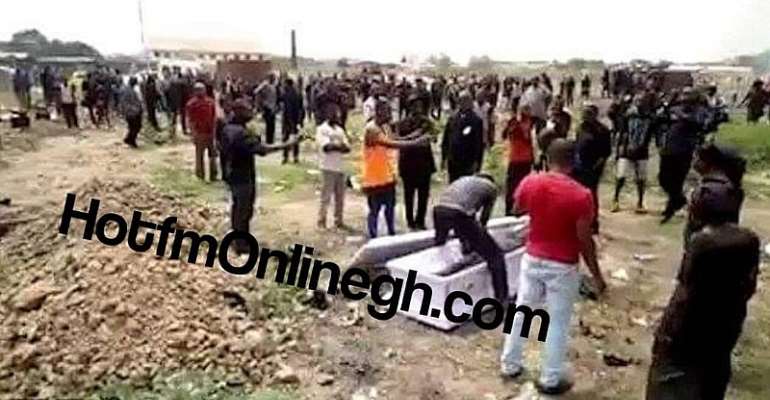 Residents of Kwabenya in Accra, are in a state of shock as the Queenmother of the area, Naa Korkoi Djugbatey II, has prevented the corpse of a man from the royal family by name George Ankonu from being buried.

“George Ankonu was banished some years ago, when he died, as a royal, he had a chain on his wrist which was supposed to be allocated to me, but his wife has refused to do so, so never will I allow his body to buried here”.She revealed

Listen to the full interview