Climate Change: A Force To Reckon With 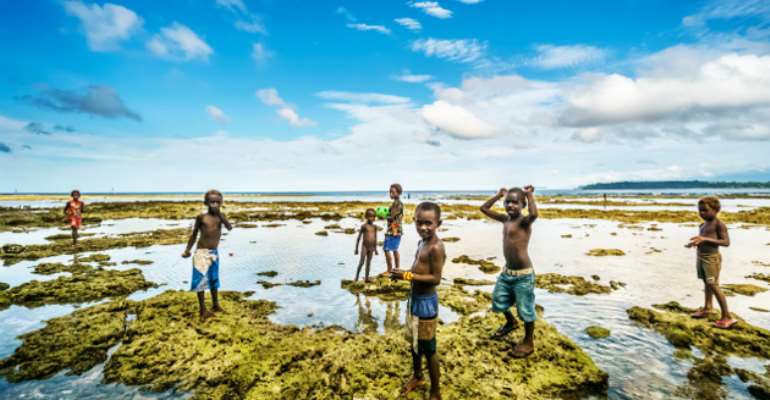 “Strengthen resilience and adaptive capacity to climate-related hazards and natural disasters in all countries”, target one of the Sustainable Development Goal (SDG) 13 urges all member states, as the goals were adopted in September 2015 at the United Nations Headquarters in the Washington DC, United States of America.

The 17 United Nations Sustainable Development Goals, also known as the Global Goals, considered by some countries including the United Kingdom as over-ambitious, were adopted to replace the Millennium Development Goals (MDGs) which spanned from 2000 to 2015.

The targets of the SDG 13 - 13.1 Strengthen resilience and adaptive capacity to climate-related hazards and natural disasters in all countries; 13.2 Integrate climate change measures into national policies, strategies and planning, 13.3 Improve education, awareness-raising and human and institutional capacity on climate change mitigation, adaptation, impact reduction and early warning - formed part of the holistic approach by the United Nations to achieve sustainable development for all by 2030, building on the vision of “leaving no one behind”.

However, it must be stated, unequivocally, that human activities were the cause of the hazards of climate change being experienced in the world today.

The excessive use of chemicals for agriculture, ill industrial practices and reckless felling of trees and other negative environmental practices were some of the negative climate sensitive human activities that affected the environment and had led to the climate variability being experienced today.

In Ghana, for instance, illegal mining activities, popularly referred to as “galamsey” had led to the destruction of forests and water bodies, which undoubtedly, contributed to climate change.

It is an acceptable fact that the negative impact of climate change, including rising sea levels, irregular rainfall pattern; rising temperature and reduced agricultural production were real and the world must thus chart ways of mitigating these impacts on lives on the planet earth.

It was no doubt that farmers experienced the impact of climate change but did not know the mitigating strategies they could employ to reduce its effects on them.

Dr. Iddrisu Yahaya, an Economist at the CSIR-SARI, asserted that climate change affected the economy of farmers, increased cost of living in general as the high cost of production translated into high cost of food and threatened food security.

“Climate change will lead to food insecurity since it will affect crop yield and discourage farmers from cultivating on a large scale due to adverse weather conditions. This will result in high demand for food and its resultant high prices of food in the market”, he said.

Dr Jerry Nboyine, an Entomologist at the CSIR-SARI, observed that “climate change has come to stay and if we want our lives to be better as citizens we have to take actions to adapt to the variability that we are experiencing such as rainfall pattern and high temperatures”.

It is for this reason that the need to sensitise community member to their activities which cause climate change and its mitigating strategies cannot be overemphasised.

It must also be stated that winning the battle against climate change required maximum financial commitment and political will from the government.

An article published on the Ghana News Agency (March 17, 2019), titled: “Ghnana Needs 22.6billion Dollars to mitigate effects of climate change-epa” cited Dr Emanuel Techie Obeng, a Principal Programme Officer, at the Environmental Protection Agency (EPA) to have said, that Ghana required $22.6 billion to enable her to implement her Nationally Determined Contribution (NDC) and to mitigate the effects climate change.

It is also incumbent on the government, stakeholders and the general public to take pragmatic measures to reduce the impact of climate on the environment.

Countries have to adopt modern technology, particularly, the agriculture sector which could help solve the issue of climate change and reduce its impact on the lives of their citizens.

Dr. Abdulai advocated the need for bye-laws by Metropolitan, Municipal and District Assemblies (MMDAs)that foster the fight against climate change as well as government policies that could regulate human activities such as deforestation.

”There could be a policy that if you are to cut a tree you need special permission and you should plant ten in its instead”, he explained.

Dr. Abdulai added that it was incumbent on institutions and industries to take stringent measures to ensure that their activities were environmental friendly and could avert possible worsening of climate condition.

Also, as indicated in the Paris agreement on climate change, every country must institute climate resilient strategies and strengthened efforts to combat the menace of climate change through “Nationally Determined Contributions”.

As part of efforts towards fighting climate change the government of Ghana has launched a project, dubbed, “”Greening Northern Ghana” geared towards rigorous planting of trees to salvage the issue of desertification in northern Ghana.

Also, the government of Ghana had taken a stern action to clamp down the menace of illegal mining activities and to avert further impact on the environment.

Achieving the SDG 13, which focused on climate change, by 2030 would be a great success to the world as it posed serious threat to lives, both on earth and under the water.