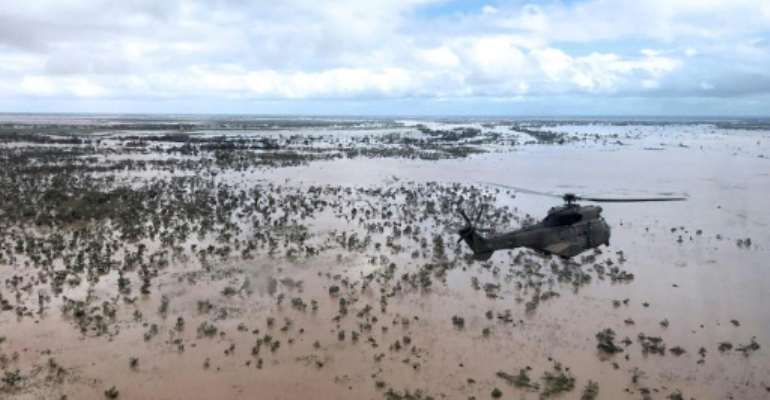 Satellite images reportedly show the creation of an inland sea in Mozambique that is 125 kilometres long and 25 km wide (78 x 16 miles). By MARYKE VERMAAK (AFP)

The UN Food and Agricultural Organization on Friday launched an appeal for $19 million in short-term aid for farmers, fishers and other food producers in cyclone-hit Mozambique, one of the world's poorest countries.

As flood waters recede, "keeping animals alive, rehabilitating damaged land and rebooting food production will be critical," it added, given that 80 percent of the population in Mozambique depends on agriculture.

The cyclone devastated the provinces of Manica and Sofala, which normally account for one-quarter of the nation's cereal production.

"We will procure and distribute seeds as a matter of urgency so that farmers can plant for the secondary agricultural season, which is starting now, in April," it quoted local representative Olman Serrano as saying.

The FAO estimates that more than 600,000 people were affected by the cyclone, which killed around 450 people and triggered waves of cholera and diarrhoea.

The World Food Programme said satellite images showed the creation of an inland sea that measures 125 kilometres long and 25 kilometres wide (78 x 16 miles), larger than the European nation of Luxembourg.