Lurking For Disaster: The Case of Odawna Residents 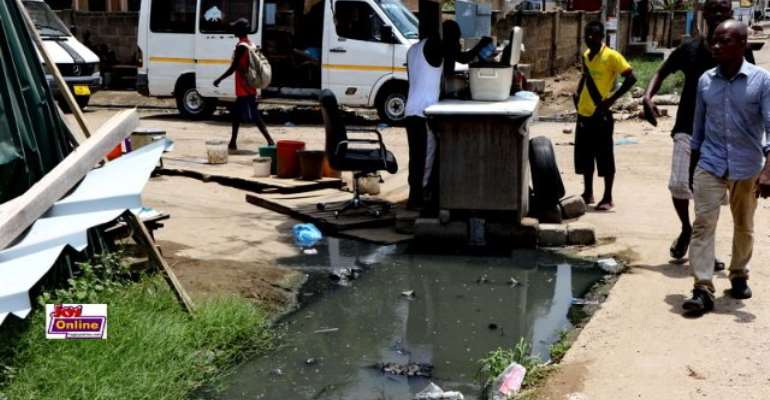 Following the disaster, residents say they won’t relocate, although they continue to flee their abode any time it rains. The cause of the disaster was attributed to a choked drainage in the community, causing a massive explosion at a local GOIL filling station. 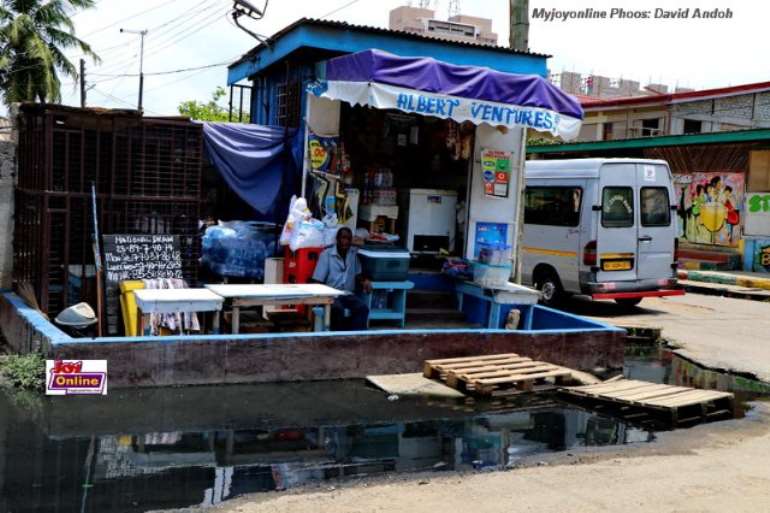 After the incident, a proper drainage system was promised by government. It was under construction, but the project has since been abandoned.

Due to the construction work that is yet to be completed, water and links to the main Odawna stream has been blocked.

Meanwhile, the construction has clogged every gutter in the community. It has caused waste to float in the water. 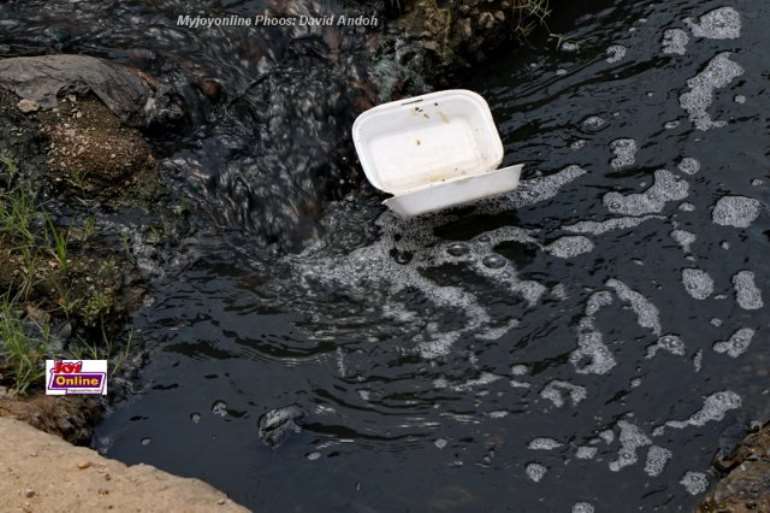 As a result, at any time it rains the entire neighbourhood could become flooded.

One resident complained about the delay of the project which was abandoned for some months.

Mr Kofi Obeng said he did not understand why the contractor blocked the drainage and suspended the work .

He believes that an intervention to provide a solution to a big problem should be taken seriously. 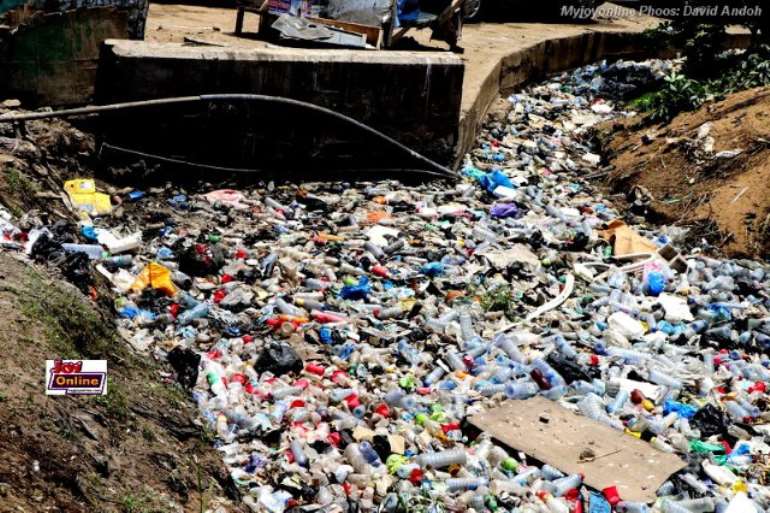 According to residents, it is a stark reminder of that very dark day in June three years ago. It has left many to perch with friends and relatives when rain falls.

Apart from the heavy stench of sewage that emanates from the spill, there is also risk of cholera and malaria since th echoked gutters breeds mosquitoes. 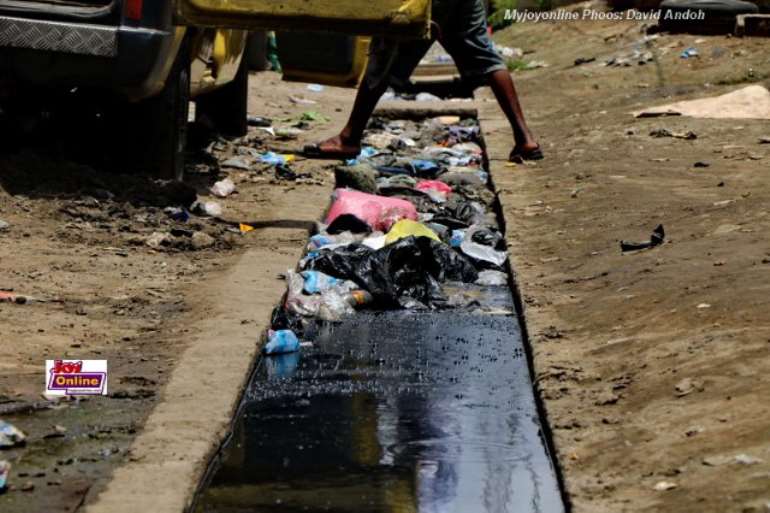 Mr Alex Acheampong appealed to government to make sure the project is completed before rainy season in June. According to him, failure to complete it before the downpour comes will result in another disaster since the main drainage is completely blocked. 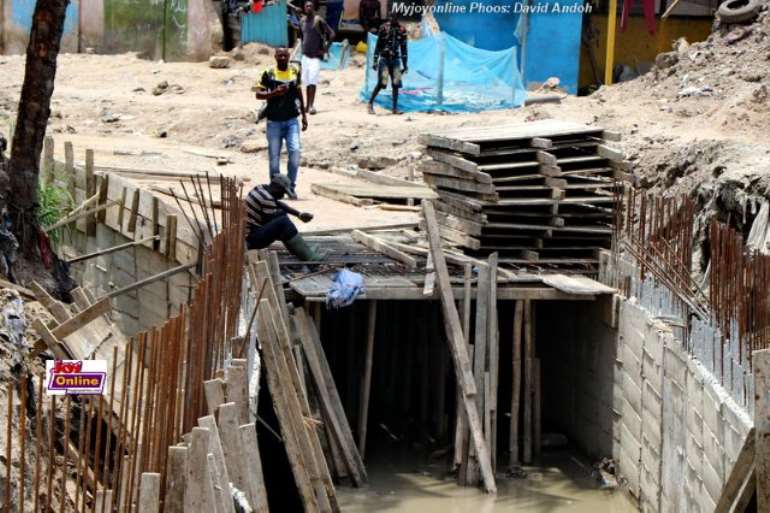 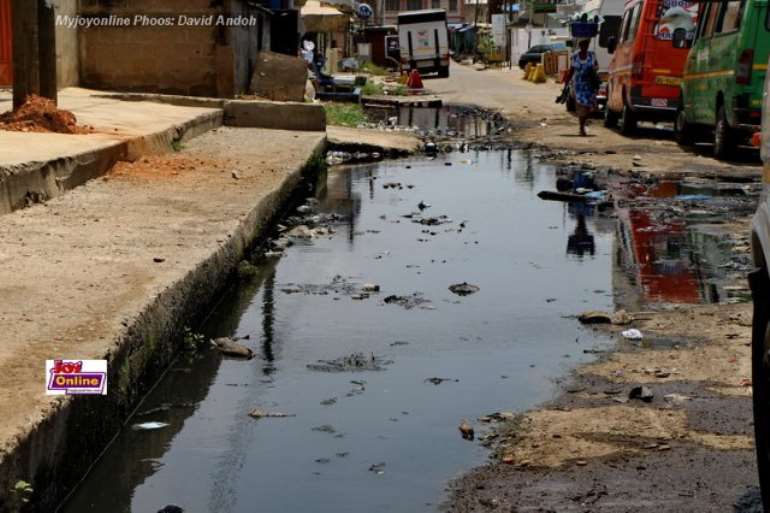 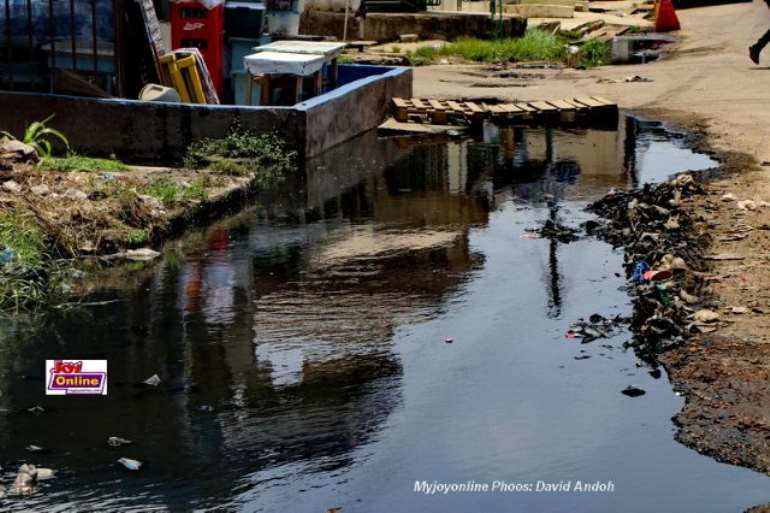