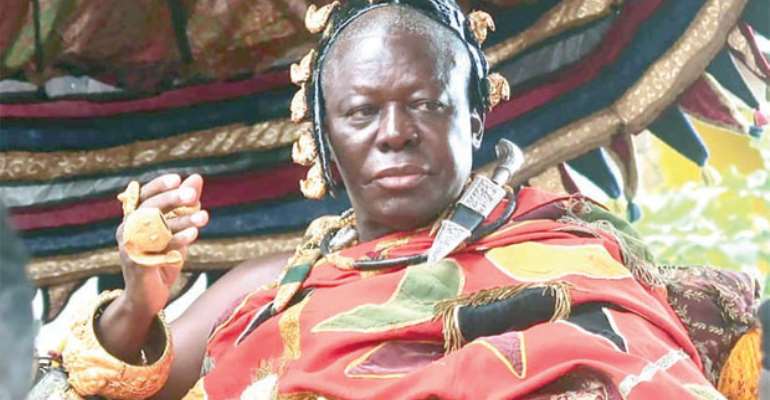 Scorers of fetish priests (Atano) in Asanteman put up a brilliant traditional display at the Manhyia Palace in Kumasi to officially kick-start activities marking the 20th Anniversary of the ascension of the Golden Stool by the Asantehene, Otumfuo Osei Tutu II.

The Asantehene, who was dressed in a beautiful white cloth, witnessed the spectacular performance of the fetish priests.

The fetish priests, who were clad in raffia cloth, paid homage to Otumfuo, who is their traditional overlord.

The fetish priests put up a brilliant display to entertain the Asantehene and the huge crowd at 'Dwabirem' in Manhyia.

Before the fetish display, the Otumfuo performed some rituals by personally slaughtering sheep at the Manhyia palace.

Otumfuo Osei Tutu II has effectively led Asanteman and Ghana into affluence over the past 20 years.

Several activities have been lined up to mark the anniversary which will be climaxed with a grand durbar on April 21, 2019.