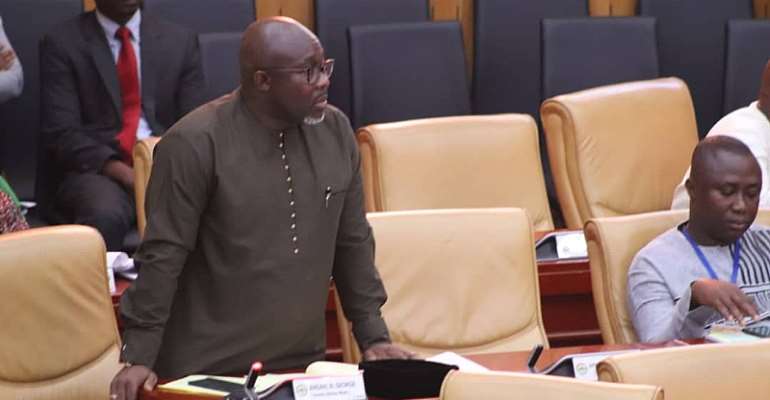 The MP for Awutu Senya West has taken to the floor of Parliament. Nenyi George Andah, who has had his constituency mentioned in the national budget, took the floor to follow up on a Landing Wharf that has been promised the people of Senya.

Sitting in the gallery of the Parliament House, a twenty man delegation from the constituency, eagerly waited to hear their MP, ask questions that have bothered them for a while.

The delegation lead by the leader of Senya Beraku Fishers and Associated Industries represented a community who have waited for a Landing Wharf since 2008 when the first sod-cutting for the project happened.

Persisting with follow up questions, Hon. Andah quizzed to know why his constituency wasn't considered in the first phase and if there would be any engagements and/or sensitization before the commencement of the project. The Minister responded to these follow up question, indicating that stakeholder engagements will be organized and the project should be completed within a year and half of commencement.