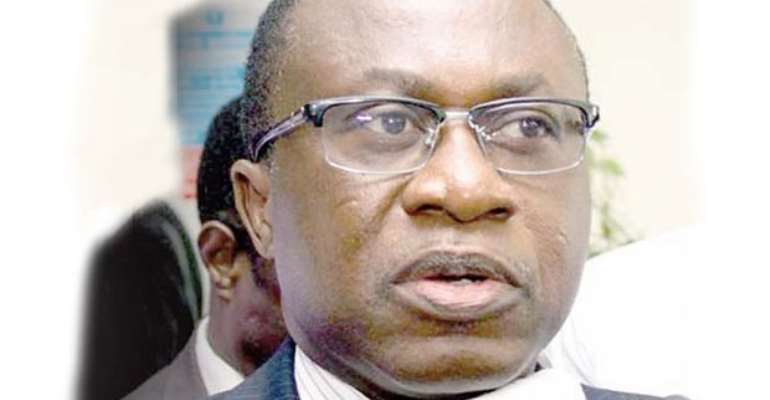 Eugene Baffoe-Bonnie, a former Board Chairman of the NCA

The Accra High Court Thursday admitted into evidence three caution statements in which Eugene Baffoe-Bonnie, a former Board Chairman of the National Communications Authority.

He had allegedly confessed that he and four other accused, benefited financially from the purchase of a $4 million cybersecurity equipment for the state.

According to the reporter, the court presided over by Justice Eric Kyei Baffour, held that those three statements given by Baffoe-Bonnie on May 19, 2017, were done in the presence of his lawyer and an independent witness as required by law.

The court, however, did not admit three other caution statements given by Baffoe-Bonnie on May 9 and 10, 2017, on the basis that they were given without the presence of an independent witness as required by law.

The decision by the court was the culmination of a mini-trial to determine the admissibility of six caution statements that the prosecution wanted to tender as evidence.

Mr Thaddeus Sory, counsel for Baffoe-Bonnie, on March 5, 2019, rejected the admissibility of the police caution and charged statements given by his client, which indicated that his client and the rest of the accused persons benefited financially from the purchase of the cybersecurity equipment.

Mr Sory held that Baffoe-Bonnie gave those statements without the presence of a lawyer, while the police failed to advise him on his right to a lawyer of his choice.

According to Mr Sory, his client also gave the statements under duress after he was threatened.

Counsel further submitted that his client did not give the statements in the presence of an independent witness.

The investigator in charge of the case, Detective Chief Inspector Michael Nkrumah, was in the dock and was about to tender the police caution statement and other statements of Baffoe-Bonnie when Mr Sory raised the objection.

The objection from Sory necessitated the mini-trial.

They are standing trial for their alleged involvement in the embezzlement of $4 million of state funds during the purchase of listening devices for the National Security, which was sponsored by the NCA.

The accused persons have been charged with diverse counts of wilfully causing financial loss of $4 million to the state, stealing, conspiracy, money laundering, among other charges.