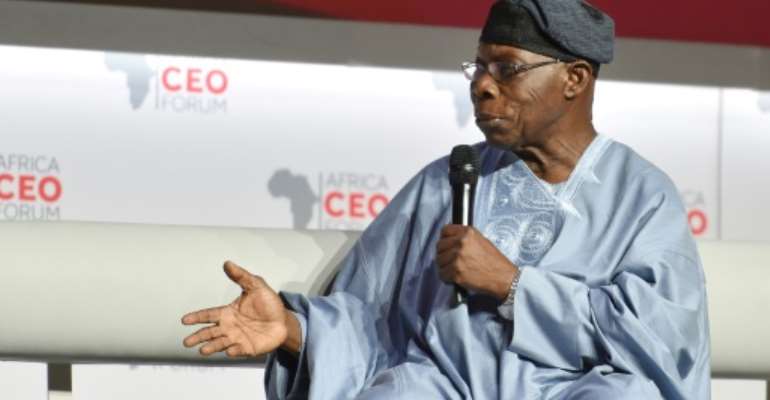 Nigeria's former ruler Olusegun Obasanjo has said democracy is taking root in Africa, but warned that rising political stars would struggle to unseat old leaders unless they join forces during elections.

Obasanjo, who was a military ruler for three years from 1976 and then a civilian leader from 1999 to 2007, said African countries were making progress towards democracy, but much more remains to be done.

Speaking to AFP following the launch in Johannesburg on Wednesday night of a book he co-authored on democracy in Africa, Obasanjo said: "Yes we are (making progress)" towards democracy. "Africa will get to where it needs to be," he predicted.

"Thirty years ago election was an aberration in Africa, today no election is an aberration," he said in the interview. "Even those (rulers) who want to remain (in power)... they still go through some form of election".

It's "what somebody called autocratic competitiveness. They are still autocratic, but they try to show that they are competitive through election."

But Zambian opposition leader Hakainde Hichilema said that despite democratic progress registered elsewhere on the continent, some countries in the southern African region were moving backwards.

"We have a re-emergence of authoritarian regimes, and there is regression in the democratic space in our region. We need to reverse this very quickly," he told AFP, mentioning Zimbabwe and his own country Zambia as examples.

Obasanjo, 82, also urged young and upcoming African politicians to get their act together if they are to unseat old African leaders -- many of them septuagenarians and octogenarians who have been holding on to power for decades -- through elections.

"If the youth think that they will get into power on a platter, they are not getting it right," he said in the interview. "They will have to snatch it, those (ageing leaders) will not go."

Former Liberian president Ellen Johnson Sirleaf, who also spoke at the event, said Africa had "come a long way", but that there was still room for improvement as she bemoaned "the recycling of the same leaders".