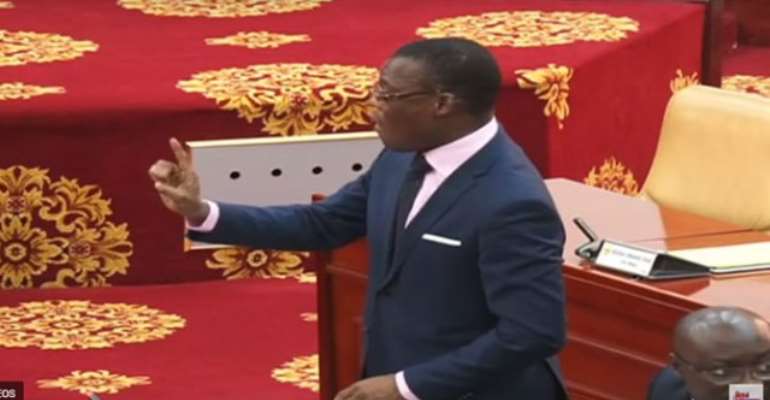 The Finance Minister Ken Ofori Atta's claim that Ghana’s exit from another IMF program is an attestation of the NPP government’s superior handling of the economy did not go down well with opposition NDC MP Fifi Kwetey.

In a seven-minute rant, the Ketu South MP described Ken Ofori-Atta’s analysis of the economy as akin to that of a party footsolider.

The opposition MP, a former deputy Finance Minister, first picked an issue with Finance’s Minister’s claim, Ghana signed up for a three-year IMF Extended Credit Facility in 2015 to fill a $930m gaping hole in the economy.

“I can understand if it is coming from a footsoldier but to come from a Minister of Finance, it is absolutely unacceptable”, he said.

That figure, Fifi Kwetey argued, is too measly and paltry to have compelled the NDC government to invite an IMF bail-out.

This is especially so because, he said, the NDC administration under Mahama had spent much more on infrastructure to consider a lack of $930m great enough for an IMF bail-out.

But his main issue was what he saw as an attempt by the government to claim a crown of “economic messiahship” as Ghana leaves the IMF program in 2019.

He said history does not give the NPP that tittle because shortly after leaving the IMF in 2006, the NPP government under President John Kufuor, cast off fiscal restraint and embarked on reckless spending.

Despite a budget deficit target of about 4% in 2008, the NPP government hit a 15% deficit, a 11% miss, which he called the highest in history.

“The fact that we have left the IMF doesn’t mean we are out of the woods because your history shows you have gone out of IMF before, but the mess you left in two short years after completion was absolutely terrible,” he fired away.

Fifi Kwetey also picked up on one of several macroeconomic indicators, inflation and said in 2008, two years after the NPP government left the IMF, the figure was 18%.

He was in disbelief that the NPP would call the economy it inherited from the NDC as mess when the NDC left an inflation rate of 15%.

He called off Ofori-Atta and described the government celebration of Ghana’s exit from the IMF a “whole pretense.”

Fifi Kwetey holds the unconventional view that submitting to an IMF program is not a sign of a mismanaged economy.