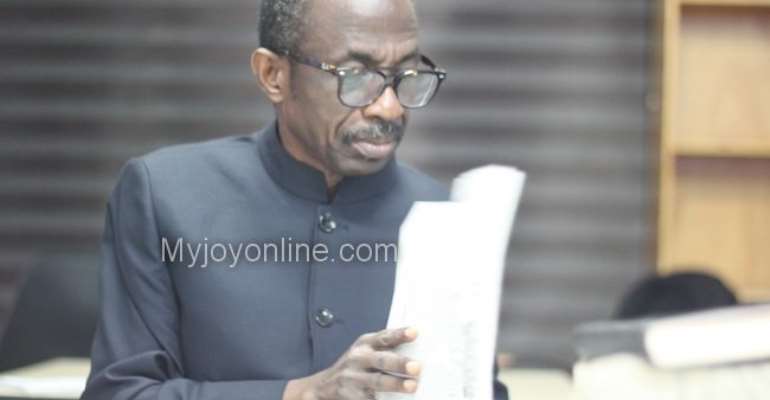 The compilation of a new voter's register was not one of the items on the agenda for discussion, thus cannot warrant a basis for any decision by the political parties.

A careful analysis of the subsequent points in the statement, specifically, point 1, 2, 4, 5, and 6, shows that all the issues raised were clearly in sync with the items on the agenda.

It is self-evident, and judging from the flow of the Press Release and its relationship with the agenda above, that item 3 is totally incongruous to the real issues discussed at the meeting, let alone any purported decision be made on the subject.

The NDC holds the view that, a matter as important as the compilation of a new voters register, has to be discussed in a manner that will ensure that every aspect and the implication of its implementation are thoroughly discussed to the satisfaction of all stake holders and in accordance with due process, time tested rules, procedures and conventions before a decision is made.

A matter as delicate as such has to be discussed thoroughly and all the related consequences, ramifications considered before arriving at a decision.

A decision of this nature has grave bearing on the credibility and integrity of our Elections and therefore has to be tabled properly as part of an IPAC Agenda, discussed exhaustively with all relevant stakeholders, before the EC can communicate such a MAJOR DECISION taken at an IPAC meeting to the general public. No such matter was tabled as part of the agenda, nor was it discussed, either exhaustively or thoroughly as the EC has sought to portray in their communique.

Curiously the communique was signed by only the Chairperson of the Commission instead of the representatives of the various political parties. Can the EC explain why this is so? The NDC therefore disassociates itself from the communique and demands it's withdrawal as it is not in consonance with conclusions of the IPAC meeting.

The NDC cautions the EC to be mindful of its core mandate to act as a credible impartial referee in the country's electoral processes and to play by the rule books.