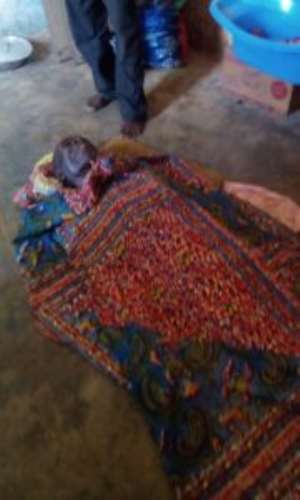 A 70-year-old man has been allegedly beaten to death by his brother-in-law in Bonsukrom, a suburb of Agona Nkwanta in the Ahanta West District of the Western Region.

According to reports, the deceased identified as Akye Kwaw lost his life as a result of a quarrel that ensued between him and his brother-in-law, Kofi Tandoh over some money.

Thepressradio.com understands that a brother of Kofi Tanko whose name was only given as Akromah made several efforts to intervene but unsuccessful.

The suspect and his brother, Akromah are currently on the run since Monday, March 25th, 2019.

Corroborating the story, the Agona Nkwanta District Police Command mentioned that, they have arrested the sister of Tandoh who is an accomplice to assist in investigations.