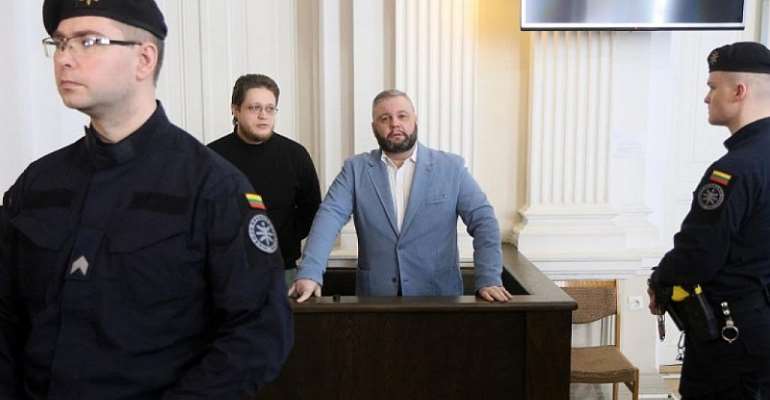 On 27 March, the Vilnius District Court in Lithuania convicted 67 Soviet military and KGB personnel and their accomplices for their various roles in the 1991 massacre of demonstrators against Soviet occupation of the Baltic States. Only two of the accused are likely to go to jail.

Former Soviet Defence Minister Dmitry Yazov was convicted of war crimes and sentenced to ten years in prison; former KGB officer Mikhail Glovatov got 12 years. Both were sentenced in absentia.

Yazov (now 94) also stood accused of “creating an organized group” of 160 military and political figures who wanted to return Lithuania to the USSR after it had declared independence in 1990.

Moscow imposed a brutal regime of economic sanctions causing energy shortages and steep inflation. Austerity measures taken by the newly-established government met with protests that split along ethnic lines. Russia sent in troops to protect Russian citizens, who constitute a minority in Lithuania.

On 13 January, 1992, protestors gathered around the TV tower in Vilnius. Tanks and soldiers encircled the tower and started shooting, killing 14 people and wounding hundreds.

“For relatives of the victims, those who were waiting to see justice, it is a very symbolic day,” says Dovile Jakniunaite, a political scientist at Vilnius University. He explains that the trial is taking place 27 years after the events because of the legal and political complexities involved.

Former USSR Communist Party General Secretary Mikhael Gorbachev was also “invited” to go to trial, but this was refused. He did write to the German radio station Deutsche Welle, saying that he “never gave an order or sanctioned in any other way the use of army units in Vilnius.”

According to Jakniunaite, who has followed the trial, only two of the 67 accused will face prison terms because they were physically present in the court: Yuri Mel, a tank commander, who was sentenced to seven years, and Gennadi Ivanov, a soldier, who got four years.

Operation Priboi
The trial comes just two days after commemorations of “Operation Priboi,” the codename for Stalin's mass deportation of over 90.000 inhabitants of the three Baltic states to prison camps in Siberia.

According to Veiko Spolitis, a political commentator and former MP, the deportation of 1949 and the Soviet onslaught against Lithuanian patriots in 1991 can be considered in the same light.

“For the last 29 years since we regained our independence we do understand that to dance the tango, you need two partners,” says Spolitis.

“And if Russia wants to be on the wrong side of history, it's Russia's choice.”

Meanwhile, the Kremlin hasn't officially reacted yet to the outcome of the trial.

But the Russian Tass news agency said that Russia's embassy in Vilnius had complained about the fact that no Russian diplomats were allowed to attend the trial, calling this a “provocation”.