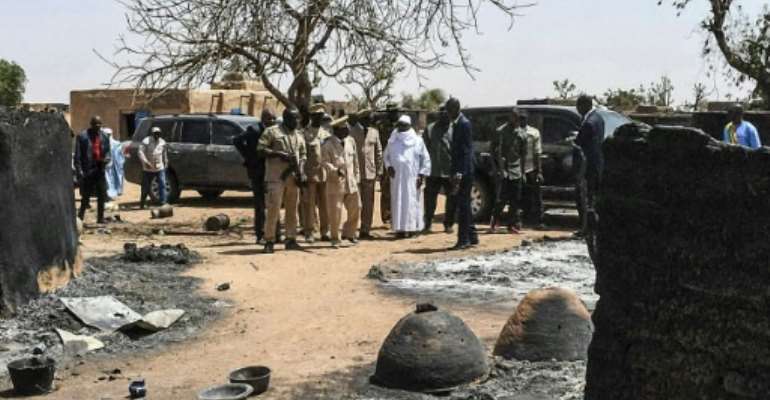 Around 160 people in the village of Ogassogou were killed and their homes put to the torch. By Handout (MALIAN PRESIDENCY/AFP)

Eleven-year-old Amy raises her left arm to show where a bullet grazed her side, and from deep within her, a boundless distress comes out in great sobs.

The girl's life was plunged into hell on Saturday when gun- and machete-toting men entered her village in central Mali, set to kill everyone from her community, the Fulani.

"Our fear here is that they will come back and kill all those who didn't die. We are really afraid," the child says.

Amy says she lost several members of her family in the massacre at Ogassogou, a village in the Bankass district near the border with Burkina Faso.

The bloodletting has been blamed on a militia from the Dogon ethnic group -- a farming and hunting community that has long been at loggerheads with the cattle-grazing Fulani over access to the land.

It is the latest spiral of violence in the ethnic mosaic of central Mali, where ancient tensions have boiled over -- stoked, say experts, by the arrival of violent jihadist groups.

Homes in the village have been put to the torch, and rotting animal carcasses litter the ground. The stench fills the air.

Near a well stands a mound of sand that witnesses described as a mass grave holding about 40 of the estimated 160 people who were murdered.

"We hauled four bodies out of this well, including that of a child aged just seven years old," a health worker said. On the ground were pieces of the Real Madrid football jersey that the child had worn.

"We heard gunfire" at around 5 am, said cattle farmer Boubar Toure.

"The attackers went directly to the home of the village chief," added Hamadou Belco Barry.

Barry said they murdered the village chief in front of his mother, whom they then killed.

They then attacked other members of his family, he said.

"They threw grenades in -- there were men, women and children in them, one of whom was aged less than three," a tearful witness said, pointing to a mud-walled home. 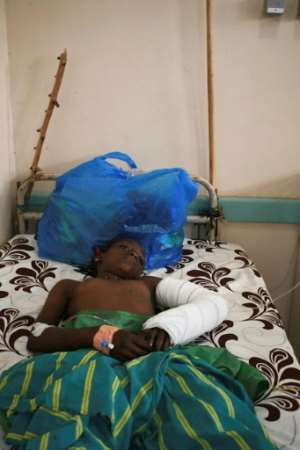 One of the assailants took up a position outside the house and chopped down any who tried to flee with his machete, he said.

In another part of the village, traces of black smoke scar the walls of several huts.

This was where the village's marabout, or traditional medicine man, Bara Sekou Issa, was slain along with his family.

One of his relatives, who says he survived the bloodbath, stands alongside children in rags, all of them walled in by silence.

One of them, wearing an ochre-coloured turban, lost his mother and father, the villagers say.

"These children that you see are deeply traumatised," a local official told AFP, seeking to remain anonymous. "We don't have any means to look after them." 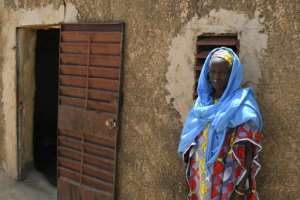 He points to a 12-year-old boy who, according to local people, has not uttered a word since Saturday.

In addition to killing and maiming the inhabitants, the militiamen also torched the village's slender stores of food, the witnesses said.

A woman named Awa, who said she had lost her daughter and husband, reached out for food and bags of water handed out by NGOs.

In the aftermath of the attack, Malian President Ibrahim Boubacar Keita came to the village and vowed to bring security and enforce justice. A short while later, the authorities said they had arrested a "wounded assailant". 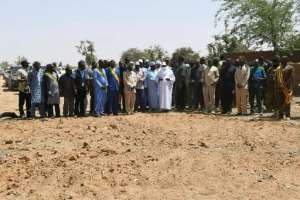 "Everyone knows the attackers, but no one wants to tell the truth," a spokesman for the villagers, Ahmadou Barry, said.

A Dogon hunters' association, Dan Nan Ambassagou, has been accused of the atrocity by the villagers -- a charge it denies -- and was dissolved by the authorities on Sunday.

The UN is sending a 13-member team to investigate, including crime-scene experts, while the prosecutor of the International Criminal Court (ICC), Fatou Bensouda, has vowed to do her utmost to bring the perpetrators to justice.