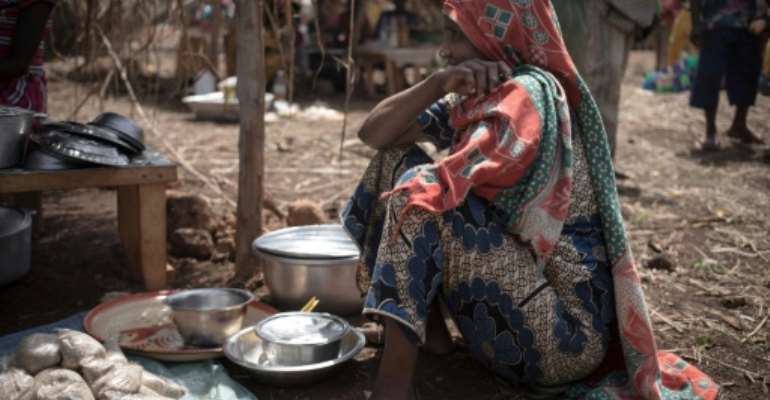 A woman at a market in Awatche, where herding and farmer communities have decided to live in harmony. By FLORENT VERGNES (AFP)

At the market in Awatche in the middle of the Central African Republic, fresh sides of beef hang in the sun, tempting village folk after a rare agreement in an age-old dispute.

"Since November 2018, the Fulani have come back to us here," says Felicien Katiako, chief of the nearby village of Govobanda.

The cattle breeders, who maintain a semi-nomadic lifestyle, had fled their village homes in the region in 2014 for fear of attack by farming communities as violence swept across the country.

While the mistrust that divides settled farmers from migrating folk is a potential source of bloodshed in much of Africa, people of the Awatche region have forged peace.

"We eat beef each week with the Fulani and they can have some cassava," said Gervais Koyobogui, a chief of the villages along the road linking Bambari, the main town of the region, with Kouango. 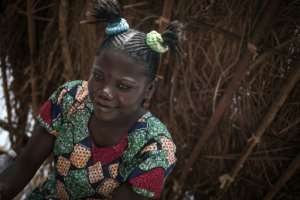 Clashes between rival communities remain frequent in the CAR, frequently triggered by cattle rustling or the trampling of crops in the fields.

In Awatche, one steer is worth 500,000 francs (about 760 euros/$860), a fortune for poor country people in one of the world's least developed nations.

Armed groups are greedy for livestock when cattle represent such a substantial financial gain.

Killings arising from the seasonal migration of herds spiked after a 2013 coup by a mainly Muslim rebel alliance, the Seleka.

The group's forces from the north were driven out of the southern capital Bangui in about 10 months, but by then the "anti-Balaka (machete)" fighters had emerged to fight the Seleka in various parts of the CAR.

Some of the Fulani took up arms to carry out brutal reprisals over cattle-rustling and "taxes" imposed by the anti-Balaka and by armed groups that formed when the Seleka was officially dissolved.

"The presence of young (Fulani) in ex-Seleka ranks... led to confusion and provoked a cycle of bloody reprisals," researchers Florent Ankogui-Mpoko and Thierry Vircoulon wrote in a March 2018 report on livestock migration in the country.

The village of Awatche was attacked three times in 2014 and 2015 by rebel forces who originated with the Seleka.

For fear of reprisals by the ethnic Banda farmers, Fulani families from the villages took refuge on territory controlled by ex-Seleka forces, but they did not find the security they hoped for. 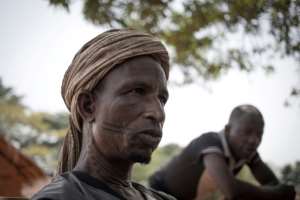 "I came back to Awatche three months ago, because out there we suffered too much. I lost a lot of my family and cattle as well," Mohammad told AFP.

With watchful eyes framed by his turban, he said he lost 280 animals, either stolen or taken by armed groups claiming their tax.

"Every month the Seleka took two or three head of cattle from me," said Joden, another herder who came back to the village four months ago.

Men like them are returning gradually, encouraged by family initiatives and mediation sessions organised by the authorities.

"We protect the village against thieves, the anti-Balaka and the UPC (Union for Peace in the Central African Republic)," said Simplice, a lanky member of Awatche's self-defence group.

The village has sorted out a way to settle disputes arising from the destruction of fields by cattle. 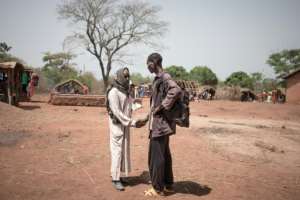 "We bring the two sides together in the field, we make a survey, and now we go to the chief to find out how much compensation should be paid," said mediator Philippe.

The conflict "made the village so very weak," he said, adding: "It's only with peace that development will come."

Problems caused by migratory grazing and cattle thefts remain the norm in most of the rest of the CAR, where the peaceable balance struck in these villages has not taken hold.

In January, more than 13 people were killed at Zaoro Sangou in the west by Fulanis seeking revenge for the murder of stock-breeders a few days earlier.

The bloodshed provoked further reprisals against Muslims in nearby Carnot, who were assaulted, had their shops pillaged and saw a mosque razed to the ground.