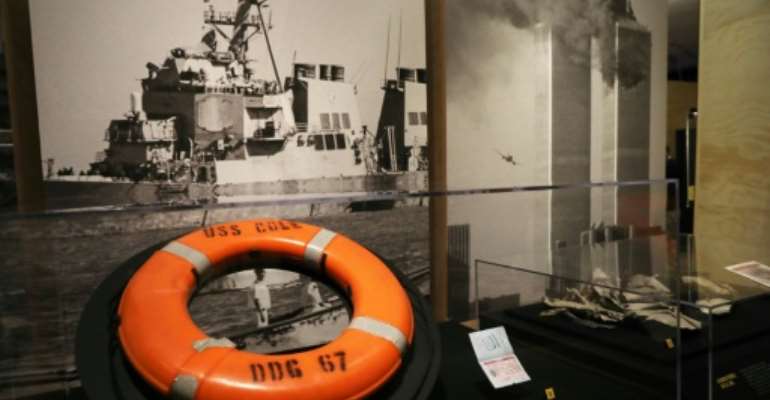 On October 12, 2000, a rubber boat loaded with explosives blew up as it rounded the bow of the USS Cole guided-missile destroyer. By mheine (afp.com)

The US Supreme Court overturned Tuesday a ruling ordering Sudan to pay damages to the families of 17 servicemen killed in the 2000 bombing of the USS Cole in Yemen.

The high court ruled on procedural grounds: under regulations related to the prosecution of foreign states, it said the Sudanese government should have been served the complaint in Khartoum instead of via its embassy in Washington.

"In cases with sensitive diplomatic implications, the rule of law demands adherence to strict rules," the justices said in an 8-1 ruling.

On October 12, 2000, a rubber boat loaded with explosives blew up as it rounded the bow of the guided-missile destroyer, which had just pulled into Aden, Yemen, for a refueling stop.

Seventeen American sailors were killed as well as the two perpetrators of the attack claimed by Al-Qaeda, in an early success for the terror group and its founder Osama bin Laden.

A US court then ruled that Sudan, where the two bombers were trained, held responsible for the attack -- a claim Khartoum always denied.

In 2012, a Washington judge ordered Sudan to pay more than $300 million to the victims' families. Other judges went on to order certain banks to make Sudanese assets available to start paying the sum.

In January, President Donald Trump said that one of the architects of the attack, Al-Qaeda operative Jamal al-Badawi, was killed in a precision strike in Yemen.

The chief suspect in the attack, Abd al-Rahim al-Nashiri, is held at the US detention camp in Guantanamo Bay, Cuba.