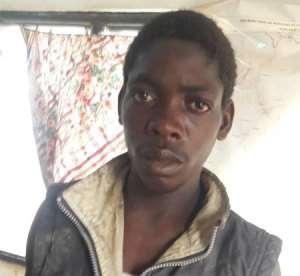 A joint Military and Police team deployed in Chereponi in the North East Region have arrested a Togolese national in connection with the clashes between Konkombas and Chokosis in Chereponi. The suspect , Mathew Kolani Gando, was hired from Togo to assist in the conflict in Chereponi.

The Police Public Relations Officer, DSP Mohammed Yussif Tanko, who confirmed the arrest to DGN Online, said the suspect has admitted that he was hired for the operation.

According to him, the suspect mentioned six other suspects he came to the area with from Togo.

DSP Tanko said the suspect is currently in police custody and will be arraigned before court after investigations.

He noted that police have commenced a search for the other six accomplices and any other person financing the activities of criminals in the Chereponi area.

Eight persons have been arrested so far in connection with the clashes in Chereponi.

Six suspects: Akwasi Amidu, Issah Bujume, Inusah Agboagme, Yakubu Musah, one Rafiq have been remanded by a court in Tamale.

Two of the suspects have been granted bail due to their age and health condition.

Three persons have died as a result of the renewed violence.

Over 2,000 people have been displaced.

"You Were Not A Vice President When MoMo Was Introduced 11ye...
23 minutes ago