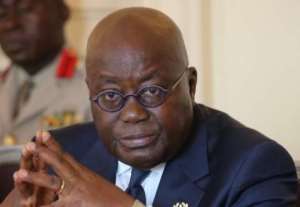 The issue of political vigilantism became very critical to Ghana after the Ayawaso West Wuogon by-election disturbances and many senior citizens had their take on the matter and the way forward for a peaceful Ghana, after the event. And on his part, Dr. Ekwow Spio Garbrah, went to Court for judicial involvement in the matter and by this action, has invited the Judiciary to also make a pronouncement on this very sensitive national matter, moving forward.

President Akufo Addo had earlier on, called for a dialogue between the two major political parties, the opposition National Democratic Congress (NDC) and the governing New Patriotic Party (NPP) to begin discussions as to the way forward in dealing with this canker. However, as the two main parties have shown public disinterest in starting a meeting, the President has hinted that, he has ordered for a legislation to deal with the matter, and from the look of things, the President is simply saying that as a nation, we need a Statute to end this phenomenon and same Dr. Spio Garbrah believes, by his action before the law Court.

However, it's refreshing at this point to note that, Dr. Spio Garbrah had much earlier taken this move, of suing some public entities including the Attorney General, who has since filed conditional appearance for the State in the matter, hoping to take a preliminary objection against the institution of the action. Subsequently, it cannot be overemphasized that, the Attorney General as the Principal Legal Officer of the State has briefed the Head of State about Dr. Spio Garbrah's suit, and the President taking a cue from the intended action and what pronouncement and consequences thereof, that could emanate from the Judiciary, has no option than to give the order first, before the Judiciary gives the order for the Executive Presidency to obey. And obviously, President Akufo Addo is smarter than that politically and wouldn't want that fact to occur, so the President would rather give the order for legislation on the matter before a Court so orders. And we need not forget that constitutionally, the President has the power and obligation to do so, for nation security.

Consequently, the President by this declaration intends to arrest any order the Court might so grant the Plaintiff, in respect of relief (i) of the endorsed Writ. And to understand this trajectory of President Akufo Addo taking a cue from Dr. Spio Garbrah, to arrest a possible Court order, below are the reliefs sought by Dr. Spio Garbrah in his suit filed on the 12th day of February, 2019:

“WHEREFORE, the Plaintiff claims against the Defendants jointly and severely the following reliefs:

a. A declaration that the 1st Defendant Electoral Commission (EC) is the constitutionally mandated body tasked to organize public elections and referenda in Ghana and after consultations with ALL security stakeholders in the electoral process, has the final submission on the standard of security details needed on election day at each polling station or area in Ghana for election purposes. And an Order directed at the EC that during elections, the EC applies undercover investigation methods, to gather security information on the happenings in and around the polling station area for the uncovering of such violent conducts and others at the polling station area, beside the regular election observation by the EC.

b. A declaration that the Ghana Police Service which the 2nd Defendant IGP is the Head, is the constitutionally mandated body tasked to keep law and order, including the policing of public elections and referenda, and that besides the official Police deployments therein accredited by the EC for a particular polling station or area, no other security apparatus has the authority to deploy armed men to any polling station or area during elections, without an intervening signal from the police details on duty that some urgent reinforcement was needed for public order and protection.

c. A declaration that in the Ayawaso West Wuogon by-election held on the 31st day of January, 2019, a group of masked armed men stormed the polling station area at La Bawaleshie and some other areas in the Constituency, and generated some violence that resulted in shootings and assaults on innocent citizens who were partaking in the democratic process of elections, causing various degrees of injuries to some persons, and that this conduct by these masked armed men was unlawful and criminal.

e. A declaration that the National Security Ministry accepting responsibility for this unlawful deployment of masked armed men who stormed the La Bawaleshie polling station and other areas during the 2019 Ayawaso West Wuogon by-election held on the 31st day of February, 2019 in the Greater Accra Region injuring and assaulting innocent citizens, is liable for the violence and brutalities unleashed by these masked armed men, that resulted in gunshot injuries and other assaults on innocent citizens. And an Order for appropriate Compensation to the victims therein.

f. A declaration that the 2nd Defendant Police Service did not resist the invasion of these unknown masked armed men, who stormed public polling station areas to create deadly violence. And that such a posture is cowardice of a modern Police Force, which sends possible weak signals that a group of bandits could disguise in security uniforms to cause mayhem to our civil defence frontiers.

g. A declaration that these masked armed men used Police SWAT vehicles for the perpetration of their intended violent operation, a sign to the public that besides their strange presence, citizens should assume them to be from the SWAT wing of the Ghana Police Service, and which violence thereafter caused brutalities and injuries to innocent citizens.

h. A declaration that besides the official EC accredited Police officer so assigned to a particular polling station during any public elections or referenda, any such person claiming to be from any other security apparatus of State, shall make formal notification of mission, to the EC officer in charge and head of the Police details therein at the said polling station.

i. A declaration that the 4th Defendant Attorney General is constitutionally mandated to present appropriate bills on behalf of the State and accordingly, an Order directed at the Attorney General to present a bill to Parliament within 90 days after this order has been made, for the passage of an Act to deal with political vigilantism in our body politics before election 2020.

j. Cost for bringing this action including Lawyer's Fees.

k. And any other order(s) this Honourable Court may deem fit.

It's clear from these reliefs above that Dr. Spio Garbrah had looked at the issues carefully and asked the Court of Ghana to intervene on certain critical grounds. And very interestingly, his relief (i), is that which President Akufo Addo has taken a cue from, and has moved swiftly, to block any such possible order from the court so directed at the Executive Presidency, and which the Executive cannot disobey a judicial pronouncement.

Thus clearly, Dr. Spio Garbrah as a public spirited citizen has by this legal action, impacted on the Executive to pay homage to the public quest, and it comes as no surprise to Dr. Spio Garbrah and his lawyers why, the Attorney General initially filed 'conditional appearance' to the suit. And when a party files conditional appearance, it presents that the party has an initial objection to the suit and same objection must be brought up for determination before the case can proceed, Thus, with President Akufo Addo's declaration, the Attorney General is clearly coming to court now, to present that the Court dismisses the case on relief (i), as the President has already kick started what the Plaintiff is seeking in that relief.

This act by Spio Garbrah is a mark of an astute politician, a strategist, whose political opponent would surely find tougher in dealing with, in respect of matters of national interest and honestly, this is the political makeup the NDC has in the man Spio Garbrah and no doubt, he remains an experienced public servant.

The Justice Emile Short Commission couldn't have made the President make such a quick declaration, the Commission can only recommend. However, Dr. Spio Garbrah's insightful reliefs before the law Court, is giving the Executive Arm of government some amount of headache, no doubt. And it's so because when the Court makes some orders upon these reliefs, they would have to be obeyed by the Executive Presidency and to avoid that, the current declaration by the President must come, so as to arrest any possible order on such tangent from the Court, which could not be disobeyed.

However, one aspect of relief (i), which the President's declaration has not arrested yet, is the ultimatum of 90 days within which the passing of a legislation dealing with political vigilantism, must be put in motion. And it's clear that the President's declaration has no timelines and could be political talk that could drag under needless bureaucracy. However, when a Court so orders with timelines, these timelines are very crucial for the carrying out of Court orders. Accordingly, we wait to see, how this timeline aspect of relief (i), would be legally arrested by the Executive Presidency's smart move, of trying to dodge a possible Court order.

Dr. Spio Garbrah as a public servant has served in many areas for national development, and few could be summed up here; Spio Garbrah was appointed Ambassador to the United States by Former President Rawlings in 1994. He served well and built positively on the structures for a solid Ghana – US relations.

He was later appointed as Minister for Communications in 1997. He also, doubled as the Ag. Chairman of the National Communications Authority, and during his term, Ghana's communication landscape was positively liberalized. He was also instrumental in the re-introduction of VAT in 1998 as the sector Minister.

In 1998, Spio Garbrah was appointed the Minister of Education and his greatest legacy is the introduction of the GETFund, which has been a great service to the education sector. He once also, acted as Mines and Energy Minister.

And in 2014, Spio Garbrah came down from African Development Bank to serve as Trades and Industry Minister.

Dr. Spio Garbrah also has remarkable global corporate proficiencies. Some of the organizations, which have groomed Spio Garbrah for international experiences, are the World Bank Group – as Professional Officer; the African Development Bank – as Management Member; Commonwealth Telecommunication Organization (CTO) – as CEO; UNESCO – as Board Member and as Ambassador to the US – was in charge of parts of Latin America.

Spio Garbrah just wobbled the Akufo Addo presidency with experienced politics, and honestly speaking, he remains one of the very few NDC names the NPP is uncomfortable with politically. Thus truthfully, in this generation, the NPP cannot down play a political strategist like Spio Garbrah, as he remains an experienced and affable public servant and a colossal force to reckon with moving forward.

Legal Adviser to Dr. Spio Garbrah; and Lawyer in the current suit