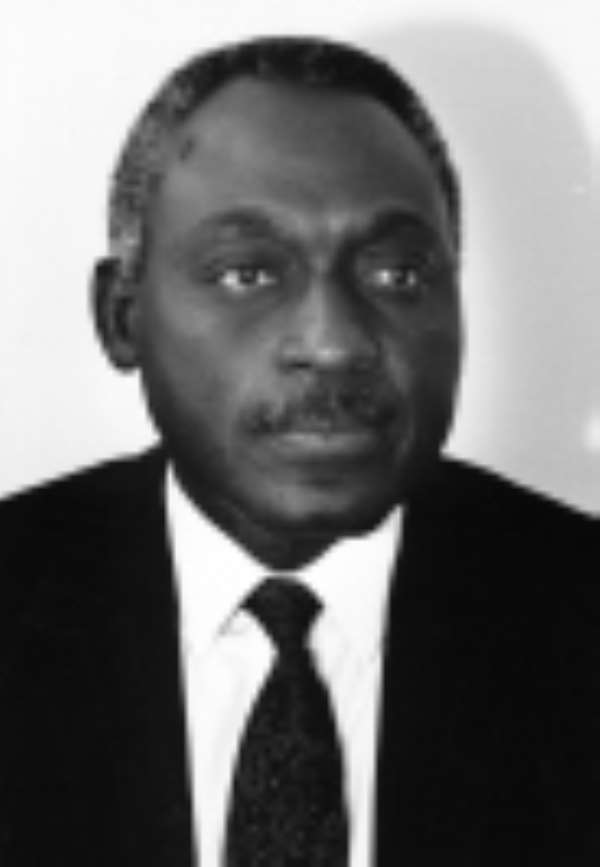 As the race for the chairmanship position has narrowed down to two individuals top guns within the main opposition party NDC have now opened up, declaring their stand on who best qualifies to steer the affairs of the party, to propel it to win power in the 2008 general elections .

The latest to emerge is Prof. Kofi Awoonor, who has expressed strong reservations about assertions made by former National Security Advisor in the Provisional National Defence Council (PNDC) regime, Captain Kojo Tsikata (Rtd).

Captain Tsikata had described the contest between Dr. Obed Yao Asamoah and Dr. Kwabena Adjei for the chairmanship position of the NDC as bizarre, saying it was like asking delegates to choose between cheese and chalk.

Evidently, this assertion did not go down well with Prof. Awoonor.

"I am surprised that Captain Tsikata said the contest was bizarre and that the delegates were being asked to choose between cheese and chalk. It is unfortunate that a man who is not only recognized in Ghana, but also in the whole of Africa, as a progressive icon would make such a pronouncement. He should not been seen or heard using words like that."

Locking horns with the former National Security capo, Prof. Awoonor, a member of the national executive committee of the NDC said, "I am opposed to the candidature of Dr. Asamoah on ideological grounds that he lacks total understanding of the progressive imperative that the NDC embraces."

"Electing Dr. Asamoah as the chairman of the NDC, would drive the NDC into the same ideological posture which is the historical position of the UP, which metamorphosed to NPP. We must resist it by not allowing him to continue to be the chairman."

Prof. Awoonor, former ambassador to the UN and now visiting English Professor at the University of Ghana, Legon, urged the delegates to cast their votes wisely for Dr. Adjei, saying, "They should vote massively for Kwabena Adjei who understands the social ideology of the NDC. With Dr. Adjei, we have another chance of retooling the party to fulfill the social democratic agenda of the progressive party."

Pushed why he is strongly opposed to the candidature of Dr. Asamoah, Prof. Awoonor said, "My objection to Dr. Asamoah to continue as the chairman of the NDC is backed by the fact that his current and recent tenure of office has brought nothing to the party. He failed to work for the party and the flagbearer, who was elected by the delegates. So if you failed to work for the flagbearer, on what grounds are you seeking for re-election or claiming another tenure of chairmanship? The NDC is not the same as NPP."

Expressing further reservations on Captain Tsikata's reference to 'monkeys play by sizes', Prof. Awoonor intimated, "Under the chairmanship of Dr. Asamoah, the UP clique moved the party to the right wing, in fulfillment of their own rightist agenda to the full detriment of the leftist, which is the philosophy of the NDC."

Explaining further, he said, history of the PNDC and NDC establishes the fact that the right wing factor, which came from the UP, took over the prime leadership of the NDC of which Dr. Asamoah is the leader.

"My contention is that we defined the ideological position of the NDC in clear and unambiguous terms in relationship to our declaration for social democracy by enabling us to join the socialist international and so if the party still remains under the chairmanship of Dr. Asamoah, the party would not achieve its objective."

"My other objection to Obed Asamoah is that he has 'moneytized' the party to the extent that we hear rumours that monies are being circulated in his bid to be the chairman."

Prof. Awoonor, after throwing more light on the philosophy of the NDC, noted, "I am not supporting Asamoah on another reason that some of us who came from progressive left wing, including the CPP and had hoped that from the NDC era, when the party claimed a progressive agenda, we thought Asamoah would help, but he failed."

Responding to Dr. Asamoah's apology, he said, "The apology is too little too late. In any case forgiveness comes only after confession of sins.

He needs to confess his sins. Let him tell the country the things that he did," he said.