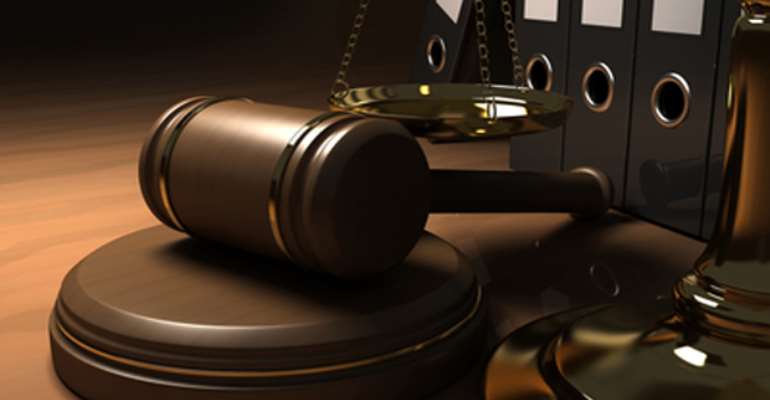 AN ACCRA Circuit Court has remanded a butcher for allegedly robbing a cold store at the Mallam Atta Market in Accra. Mohammed Fawaz pleaded not guilty to conspiracy to commit crime and robbery.

His two accomplices, only named as Faisal and Yussif, are currently on the run. He will make his next appearance on March 27.

Prosecuting, Police Inspector Samuel Ahiabor told the court presided over by Mr Aboagye Tandoh that Ms Faustina Panyin is the complainant and owner of the God First Cold Store Annex at Mallam Atta.

He said on November 9, 2017, at about 19:30 hours, the complainant and her workers, who had just closed from work and were packing their wares, suddenly were confronted by Fawaz and his accomplices – all of whom wore face masks and armed with pistols.

He said they snatched Faustina's handbag containing GH¢2,000 from her, while they fired sporadically into the air.

He said the robbers also attacked the workers who sustained various injuries, ransacked the store and took cell phones of the complainant.

Inspector Ahiabor said the noise from the action attracted sympathizers. Sensing danger, he said the robbers run but luck eluded Fawaz, who was grabbed by his jacket.

The prosecution continued that as Fawaz attempted to escape, the complainant held on to his jacket. A gun hidden in the robber's pocket wounded Faustina's stomach in the process. She was, therefore, rushed to the 37 Military Hospital for treatment.

Inspector Ahiabor said Fawaz was later handed over to the Kotobabi Police, where he confessed committing the crime with Faisal and Yussif. He, however, has failed to lead the police to arrest them.