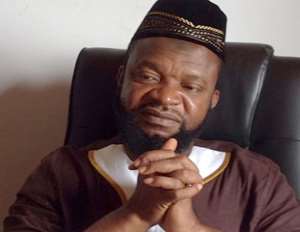 The Ghana Muslim Mission (GMM) has prayed for the souls of the victims of the New Zealand mosque massacre and also greeted the government and people of that country for their support during the painful days.

The National Executive Council and the entire membership of the GMM as well as all Muslims extend sincere condolences to the families of victims who lost their lives in the New Zealand mass murder according to the National Chairman of the mission – Dr. Amin Bonsu – during a special prayer for the victims of the massacre which happened some three weeks ago.

While condemning the massacre, the mission prayed that the dastardly act does not happen again anywhere in the world.

“We would like to appeal to everyone worldwide to avoid violence, terrorism, racism, extremism, murder and all sorts of hate crimes. We should all know that we belong to one God who created us from one parent Adam and Hawa (Eve); hence we should love one another and live together in peace and harmony,” Dr. Bonsu said during the prayers and press conference.

The mission used the opportunity to condemn the recent attacks on journalists and encouraged members of the media to be bold in the discharge of their duties.

To the police, the mission asked that they exhibit circumspection in the discharge of their duties and avoid the extreme use of force on innocent citizens.

“We also appeal to all Ghanaians to be law abiding and appreciate the work of the security agencies, especially the Ghana Police Service, who are always with us as we undertake our daily chores,” the mission said.

The GMM also asked members of the various ethnic groups to avoid issues that divide them as harmony is better than the instances of ethnocentric violence.

Dr. Bonsu quotes a relevant portion of the Holy Quran to support this. Quran 49 vs 13 Allah Almighty says, “O mankind, indeed We have created you from male and female and made you peoples and tribes that you may know one another. Indeed, the most noble of you in the sight of Allah is the most righteous of you. Indeed, Allah is Knowing and Acquainted”. The best person is the one who is conscious of Allah, and doesn't harm his fellow.”