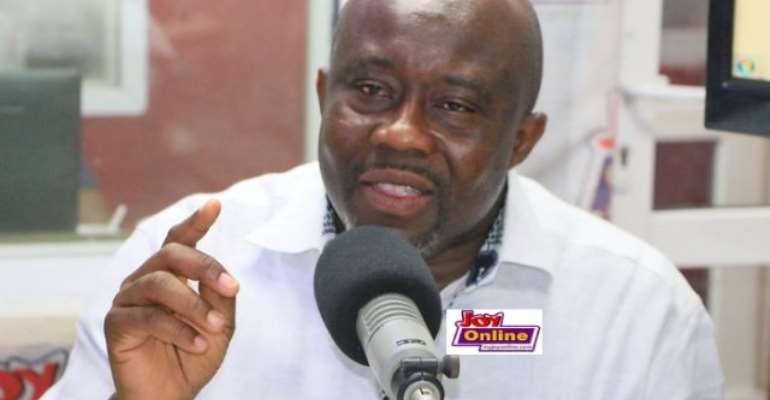 The Member of Parliament (MP) for Ewutu Senya West, Nenyi George Andah, has commissioned a 40-seater ultra-modern kindergarten building for the people of Ewutu Bereku in the Senya West Constituency of the Central Region.

The commissioning is one of three interventions the Member of Parliament has provided to support the education of his constituents and also to provide entrepreneurial support for women in the Senya West Constituency.

Speaking at the commissioning, the MP who is also the Deputy Minister of Communication assured the constituents, providing gestures such as that was one of the reasons politicians are voted into office.

Mr Andah wants his constituents to make education of their children a priority as a way of quelling poverty in the future.

“There is a lot of wisdom in government’s Free SHS program. Education does a lot and can turn the bleakness of any society into a success story,” he emphasised.

The gesture of the governing New Patriotic Party (NPP) MP started from Papaase community where with the partnership of Vitamilk Foundation, he donated a borehole and a Polytank, water storage facility, to the CHPS Compound.

At Senya, where there was a graduation of dressmakers, the MP gave each of the 28 graduates a start-up capital of GHS 1,000 and a sewing machine to support them.

The climax of the donation exercise was when a fully furnished 40-seater ultra-modern two classroom block kindergarten was commissioned to help children in the community in their formative years.

“These are some of the reasons why we vote for change. This is to support 40 children in their formative years to have a good education,” he averred.

District Chief Executive for Awutu Senya West, Stephen Kwame Quaye, called on parents to take advantage of the gesture to enrol their children in the school.

Felix Kpoha who received the keys from the MP on behalf of the District Education Director pledged to make good use of the school block by ensuring a proper maintenance regime.

"You Were Not A Vice President When MoMo Was Introduced 11ye...
32 minutes ago