Who Takes Over Fiifi Kwetey’s Seat? As Caroline Kudah, Dzifa Gomashie Face Off 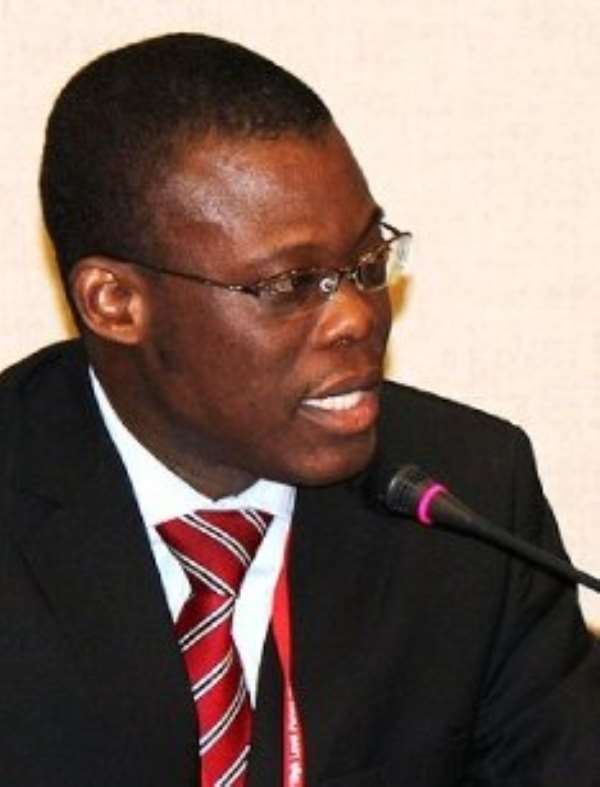 Many political watchers have already tipped the parliamentary primaries of the National Democratic Congress, NDC, to be an interesting scuffle amongst interested party’s strongmen and women who would want to lead the party in their various constituencies into the 2020 elections.

The largest opposition party’s parliamentary primaries will be zealously contested in many constituencies across the country because of the alleged imposition of many parliamentary candidates on the party following the spongy implementation of the expanded Electoral College in the 2015 primaries.

According to the Professor Kwesi Botchwey led committee’s report on the NDC’s humiliating defeat, especially the parliamentary elections in 2016, the expanded Electoral College which was not properly implemented was manipulated to force most parliamentary candidates on the party in many constituencies which led to the party losing such seats to the then opposition New Patriotic Party, NPP.

Speaking to some top members of the party, the new leadership is ready to follow stringent guidelines as was seen during the flagbearership contest which saw former president John Dramani Mahama emerging with an overwhelming victory with over 95 percent of votes cast by delegates. This, according to them, will allow delegates to elect the right personalities to represent the party in their various constituencies ahead of the 2020 elections.

They revealed that many top-shots of the party who have been angered by the poor performance of the NDC in the elections in 2016 have declared their intentions to run for Parliament on the ticket of the party in many of the constituencies across the country.

One of such constituencies to look out for is the Ketu South in the Volta region, the world bank of the NDC, a seat held onto by Hon Franklin Fiifi Fiavi Kwetey where a well-known humanitarian, Mrs. Caroline Kudah and a former deputy minister, Mrs. Abla Dzifa Gomashie are in a neck-to-neck battle to lead the constituency into the 2020 parliamentary elections.

This battle between the two strong women in the constituency follows a resolution by the former vociferous Propaganda Secretary of the NDC, that he will not seek re-elections when the party gives a green light for parliamentary primaries to the lead the constituency into the 2020 crucial elections.

The former Deputy Minister of Finance on several occasions, told branch and constituency executives as well as opinion leaders that he will not contest the party’s primaries to lead the constituency into the 2020 parliamentary elections based on his own principles and convictions, thereby paving way for the stiff competition for the position between the two women amongst others.

The National Tribute can authoritatively reveal without the slightest doubt that, Mrs. Caroline Kudah backed by massive support from branch executives and top members of the party in the constituency has laced her political boots to contest the position on the ticket of the party when nominations are opened.

The Methodist University product, Madam Kudah, contesting the seat on the ticket of the NDC according to the paper’s information, was not borne by her own desires to enter Ghana's parliament but she had to succumb to numerous requests from his constituents and some opinion leaders who believe she has a lot to offer the constituency.

It means that, the philanthropist, known as 'the woman with passion’ and Chief Executive Officer (CEO) of Community Enhancement Foundation, a non-governmental organisation (NGO) will be smiling to parliament if she sails through the NDC primaries which many are confident it will be cool choke for her, considering the history of the constituency as a traditional seat for the NDC.

When this paper visited the constituency to confirm the rumours, some of the residents said they found in her a passionate woman who can effectively represent them in parliament and will also help spearhead developmental projects in the area given her track record of always offering help to most areas in the constituency through her NGO.

They noted that as some politicians always come to tell them to vote for them before they could help the constituency and the people, Madam Kudah long before she nursed the ambition of becoming a politician has always offered various kinds of help to them.

"She does not discriminate when offering assistance to us. He does not care about one's political affiliation. He has always helped us and the constituency in terms of development and we think she will do more when given the opportunity", one of the key opinion leaders in the constituency who wants to remain unknown told the paper.

Some of the delegates noted that the experienced and accomplished clearing agent and freight forwarder with an extensive background in cargo, transport and logistics management has always been there for the constituency and therefore, is most likely to win the NDC’s primaries if she should show up when nominations are opened.

“She has been working with her NGO to help the marginalized and the underprivileged in the constituency long before today. So if she decides to contest as being rumoured, she would have our undaunted support,” another opinion leader noted.

But the former Deputy Minister of Tourism, Culture and Creative Art, Dzifa Gomashie who is also backed by powerful hands in the constituency, could create a serious danger to the ambition of the Madam Kudah as she follows closely with popularity amongst delegates who spoke to this paper.

As a former appointee of the former President John Mahama’s administration, some of the delegates believe that if she is given the chance, she can also do her best for the constituency and also contribute effectively in parliament.

Dzifa Gomashie who is also a Queen in charge of protocol in the Aflao Traditional Area, a veteran Actress, TV Producer and Entrepreneur is gaining grounds in some of the big areas within the constituency and might pull a surprise if Madam Kudah becomes complacent in her campaigns.

Our information has it that over twelve (12) people are desiring to contest during the primaries, but the real battle will be witnessed between the two women with a fiercest parliamentary primaries in the history of the constituency.