Tribalism and The Fight Against Terrorism

Tribalism has been cited as the cause of conflict in Somalia, but Jebril Domenico, a Modernghana Correspondent from Somalia, says the fight against terrorism means looking beyond tribe boundaries.
By Jibril Mohamed 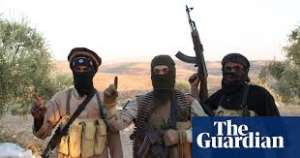 I am from a country of 35 tribes; a great diversity worthy of appreciation, yet on the contrary for many it is the source of all the political evils witnessed in it.

Tribalism is a word coined to describe the state of being organized in, or advocating for, a tribe or tribes. In terms of conformity, tribalism may also refer in popular cultural terms to a way of thinking or behaving in which people are more loyal to their tribe than to their friends, their country, or any other social group.

Tribalism implies the possession of a strong cultural or ethnic identity that separates one member of a group from the members of another group. Based on strong relations of proximity and kinship, members of a tribe tend to possess a strong feeling of identity. This is the problem Somalia is facing politically because with the strong affinity different citizens have to their tribes, so do they vote along those tribal lines. Politics is essentially a competition for the power or authority to manage public resources. In a democracy, politicians need the numbers to emerge winners. To get the numbers, a politician will appeal to members of his or her clan or tribe depending on the position at stake, or the identity with the requisite numbers. Most people tend to support someone with whom they have a commonality, including being from the same tribe. Tribalism is basically ethnocentrism, where individuals feel that their tribe is better than the others. This might extend to the feeling that one’s tribe is the only one capable of leadership or deserves leadership. In other words, tribalism is racism writ small and nepotism writ large.

In as much as democracy dictates that the majority shall rule, the minority, in this case, will never have a say. Why? Because the majority voter will always be achieved by political parties that are formed along tribal groupings with the aim of staying in power for as long as it will take. The current tribes that are of larger populations have been ruling the country since independence and with no doubt, they certainly will shape and control Somalia politics for a long time to come.

Somalis are one, four out of every five years: They school together, they engage in business, interact at their workplaces, and heck they even intermarry! Going back to Somalia, the reason for many tribal frustrations, one against another, is mainly due to injustice. The feeling of injustice and unfairness is the biggest problem in Somalia. If the law was respected in Somalia, and those who exploited, stole, took advantage of their power were brought to justice, the feelings of hate against each other would be reduced heavily, it would not be perfect but it would be a move towards peace in Somalia.

As Somali Analysts, we have been engaged in policy debates that end up forming part of the country’s legislation. What I would push for is inclusion for all and representation for all the voices of the youth, the elderly and the physically handicapped for an equal opportunity of sharing of resources to avoid the void that creates tension and fights in the country.

Why do I choose to write this article at this particular time? The simple reason is that the fight against terrorism is one that should be looked beyond religious from which Tribe division is derived.

Ya-Na commiserates with Mahama
37 minutes ago