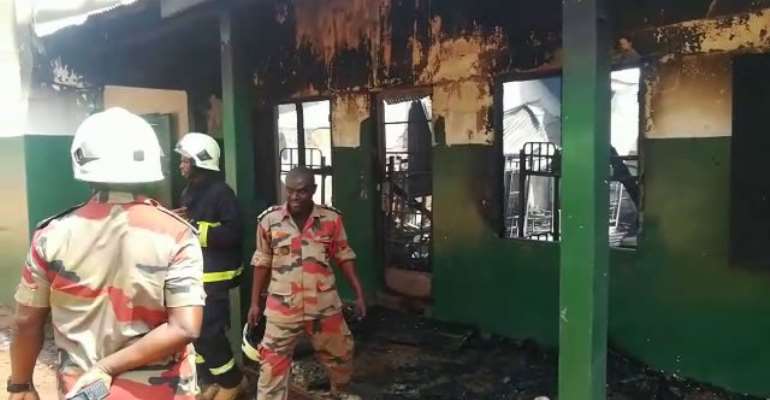 The fire started at 12 on Monday

Joy News’ Hashmin Mohammed who was at the scene said no lives were lost as the students were in their classes at the time of the fire. The boys were, however, unable to salvage any of their belongings from the fire. 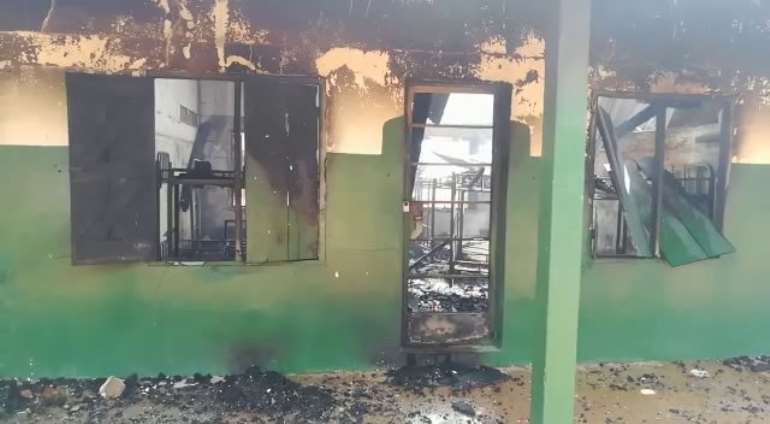 One of the boys told Hashmin that they heard the “fire, fire” cries while they were having classes but by the time they arrived at the scene, it was quite too late.

“Most of the things got burnt, it was just a few we were able to remove,” the distraught boy said. 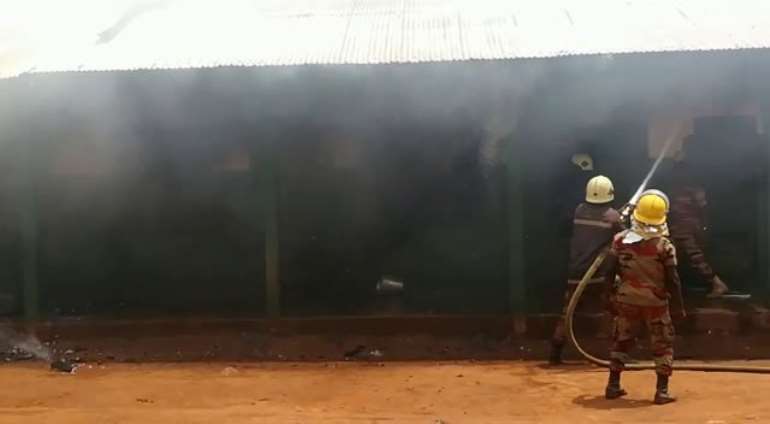 Officers of the Fire Service are yet to determine the cause of the fire but assured investigations will be conducted into the incident in the shortest time.