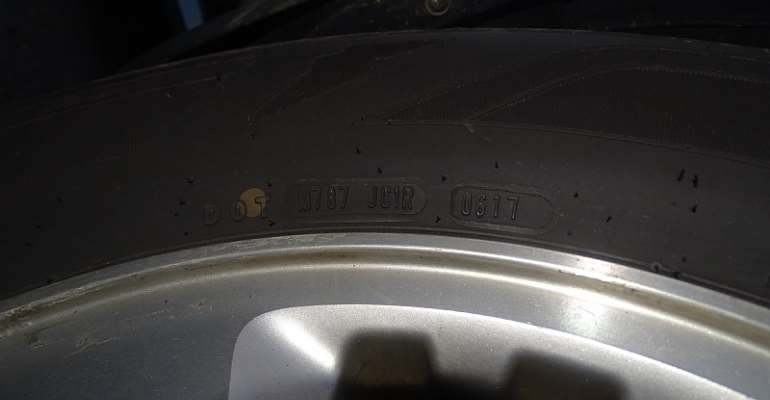 CAR ACCIDENTS IN GHANA, PREVENTION
Four persons die on Ghana road networks each day.
More than 6,000 people died and more than 40,000 people got injured on the roads between 2007 and 2010.

MAJOR CAUSES OF CAR ACCIDENTS
. Fault of the car driver (4 out of 5 cases of a car crash)

VEHICLE OPERATOR PROBLEMS
Most road accidents could be avoided if the vehicle operator had been extra vigilant.

. Over speeding, driving recklessly and not following traffic rules cause most car accidents.

Over-speeding causes about 50 % of car accidents.

Risk of being involved in a car crash doubles after 11 hours of driving.

. Driving while Drunk leads to 10% of traffic accidents

. Tire failures/tire aging
Tires do age even if they have not been used or have only been used occasionally. Aging tires develop cracks in the tread and sidewall rubber and this leads to tread separation failures over time. There is a dramatic increase in tire failures 6 years after the production date. (After 6-8 years, motor vehicle tires no longer correspond in general in all features to the actual state of the art)

Distractions
Presence of Distractions inside the car: Loud music, talking on cell phones, eating and texting

. Poor car maintenance:
Road Unworthy Vehicles frequently breakdown, obstruct traffic and lead to car crashes. Most accidents are caused by broken down vehicles on our roads.

. Most accidents are caused by broken down vehicles on our roads.

Research indicates that speed limits that road users perceive as realistic are more self-enforcing and adaptable.

Speed cameras and radars can catch drivers who exceed the speed limit.

Publicizing the presence of speed cameras/Radar on roadways, improves compliance with speed laws and reduces the incidence of crash and injury significantly.

DRIVING AFTER DRINKING
One study on alcohol use, found that over 7 % of Ghanaian drivers had their blood alcohol level greater than 0.08g/dl. Punishments and convictions do not deter driving after drinking.

What works is a Disqualification from driving after failing the alcohol breath test or a refusal to submit to a breath test.

DRIVER FATIGUE
Adequate time and Rest Stop facilities along roadways should be provided to allow breaks for Rest, Meals and Naps. The risk of fatigue related car crashes doubles after 11 hours of driving.

Car drivers must break for rest for 45 minutes or more, after every four and a half hours.

The daily rest period must be uninterrupted and at least 11 hours long per each 24-hour period.

SEAT BELTS
The use of seat belts reduces to half the number of fatalities after car crash.

All vehicle operators and their passengers must always click their seat belts on.

USE OF HAND-HELD DEVICES
Using hand-held phones while driving quadruples the risks for a car crash.

Drivers react about 1 second slower when talking on hand-held phones. The may have difficulty keeping to their lanes and keeping safe distances in traffic.

The use of hand-held devices must be banned.
IMPAIRED DRIVERS
Persons with the following medical conditions, shall not be allowed to operate vehicles.

. Persons with poor VISION. Those whose Distant Vision is worse than 20/40, poor color vision

. Persons with Hearing impairments. Those who can't hear a forced whispered voice at more than 5 feet

. Persons with Heart Disease that may lead to a sudden Loss of Consciousness

Periodic Medical check-ups (every 1-2 years) must be a requirement for all commercial car drivers.

THE VEHICLES
AGED CAR TIRES
The week and year that a car tire was produced is represented by the last 4 digits of the Tire identification number, located on tire sidewalls. Example DOT: M787JCIR 0617 indicates that the tire was manufactured during the 6th week of the Year 2017

All tires must be replaced 6 years after the year of production, regardless of the remaining tread depth.

Since we are in the year 2019, replace any tires manufactured in 2012 or earlier, on your vehicles with newer tires.

Vehicles should be provided with Seat Belts, and other necessary safety provisions like Air Bags

MASS EDUCATION
Training on First Aid should be compulsory.
Health education and Traffic Education for the General Public to prevent accidents.

. To Enforce Traffic Rules by the Concerned Authorities, smoothly.

. For the Removal of Straying Animals like Cattle; Removal of Encroachment on Footpaths, and Road margins. These laws promote the free flow of traffic.

. Preventing Haphazard Parking of Vehicles and Construction Materials on Busy Roads and Intersections to ensure the Free Flow of Traffic.

Alex Sarkodie,MBChB has over 30 years experience in the field of Medicine