The Foolishness Of God Is Wiser Than Human Wisdom 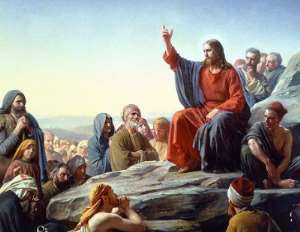 Shalom to me and to all who will read this piece and believe. Such foolishness has been coupled with ignorance to the contrary of blaming God for every evil going on the earth since generations when we wrestled power and disobeyed the will of God.

Since generations human wisdom have lived rather against the system, rule of natural laws and just living which is the will of God. And yet we still have the guts to blame the consequences of our actions on God. How will you blame the motor company when the end user ignores all its maintenance and services methodology?

You might think that you know people who are foolish. Perhaps you work with them or sit near them in your church. But are they really foolish just because they are not as crafty and a schemer as you are?Maybe, God actually sees them as very wise.

So, what exactly makes someone foolish?

It’s important to get this definition correct because God says that He “chose the foolish things of the world to shame the wise” (1 Corinthians 1:27).

Who is foolish and who is wise in God’s eyes?

God’s Word has serious rebukes against foolishness while giving great honour and respect to those who are wise:

One Hebrew word for fool is evil — אֱוִיל, pronounced e-veal.

It comes from a root word that means to be perverse, and it always refers to someone who is morally deficient. Against the dictates of God ( will of God).

In the Bible, one who is morally deficient / foolish is someone who does one or more of the following:

Does reckless and careless actions (Proverbs 14:16);

Consider texting while driving. Texting or focusing your mind on the phone while driving is a careless or reckless action.

Meddles or quarrels (Proverbs 20:3); and

Hangs out with other foolish people, which results in harm to themselves or others (Proverbs 13:20).

Today, we see and think much of such recklessness and foolishness as the norm in society. Consider our unfair and demoralising economic system and situation. The poor get charged higher interest rate with lending, giving them such names as prime and subprime loans. Is it an example of human wisdom perpetuated by our smart society.

The poor and the system oppressed people produces food and goodies of the world only to be thrown out in bins elsewhere. Whilst, such people live on remnants of their produce and near starvation. Their unconventional nature of management has also resulted to ecological problems in their lives and their environment. If they try to migrate to safety as the masters did before they are called all sorts of names economic migrants or refugees

Traditional ideas rooted in God’s wisdom are labelled as hate speech, and people who hold Biblical values are banned from speaking in schools.

We see this folly in your so called democracies. Yes their own governments also seek their own agendas breaking natural laws as legalizing abortions, prostitution, recreational drugs, and gay marriage. Elections are openly rigged by the powerful and affluents. Fewer people prosper whilst others are barely living.

Television and cable programs tend to focus on gossip, crime, violence, adultery and homosexuality. Calling such hoodlums celebrities. Most people today consider these things to be normal. But, in fact, it is foolishness to the one who authored wisdom—God.

The Book of Proverbs poetically explains the origin of wisdom this way: follow me here

“I [Wisdom] was there when He set the heavens in place, when He marked out the horizon on the face of the deep. … I was constantly at His side. I was filled with delight day after day, rejoicing always in His presence, rejoicing in His whole world and delighting in mankind.” (Proverbs 8:27–31)

When Someone Says, "There Is No God."

We often want to lavish these poor people (poor in God’s wisdom) with His knowledge and understanding, but King Solomon writes that we are instructed not to do so, for they will despise it (Proverbs 23:9).

Yeshua in the New Testament gives the illustration of not throwing our pearls (God’s truth) before swine (those who reject it). Truly it's a difficult saying but true and wiser.

“Do not give dogs what is sacred; do not throw your pearls to pigs. If you do, they may trample them under their feet, and turn and tear you to pieces.” (Matthew 7:6)

But that doesn’t mean non-Believers are eternally hopeless. Every day, lost, foolish people come to know the Lord in a powerfully personal way. That's why I am having this say remind us we have caused these problems and yet there's a Good God who is willing and with open arms to welcome us.

My sole purpose for sharing this is not to emphasize on the despicable manner we ( from generations) have destroyed the good work of God.

But to rather explain that the good God has His Arms open to all who will return to Him to come to life with peace and orderliness.

Last week, after a colleagues to at bringing Jewish people to Jesus Christ went out ministering to Claire who was involved in New Age philosophies, she turned her life over to the Lord, YHVH! Halleluyah!

So, it is very important for us to always be sharing the truth, love, and Word of God with the lost.But, it usually comes as a result of them sincerely seeking Him. Unfortunately, many are consumed like worldly wisdom running their "churches " with the same wisdom and practices. I cry every day appealing to God for them.

For those whom God puts in our lives to share His love and truth, we must always be prepared to give an answer with gentleness and respect, as Peter instructed us to do (1 Peter 3:15).

God is faithful and ready to present Himself to a heart that is sincerely seeking truth.

Sometimes He answers their call Himself. He might speak to someone through a dream, a vision, or just His voice. Maybe even a combination of them.

This was the case of a woman my colleagues met last week, Beverly. She was raised in a so-called Christian home, though she was never born again.

She married a Muslim man and converted to his faith. Her new Muslim faith became stronger and stronger, rooted in her god Allah. She even wore a burka, said daily prayers, and performed Islamic rituals.

Her four children were raised Muslim. Then one day, she heard a voice speaking to her from a ball of fire above her head telling her to leave Islam.

She later had a vision of a man with pierced hands coming to her (the resurrected Yeshua/Jesus). But she knew that it went against Islam and thought that the vision was demonic, so she said her Islamic prayers more fervently.

Then one day, she again heard the same voice that had come from the ball of fire, and she knew it was God. The voice told her that she had to choose between Allah or Jesus.

Even though she grew up in a Christian home, she never knew the Lord personally. It took God Himself reaching out to her through His voice and visions for her to enter into a relationship with Him.

If someone is sincerely searching, and sometimes even if they aren't, God will either reach out Himself or He will use a Believer who is a willing vessel to deliver the message of His love and His plan for their salvation.

God promises to answer, saying: “Here I am! I stand at the door and knock. If anyone hears My voice and opens the door, I will come in and eat with that person, and they with me.” (Revelation 3:19–20)

Both Claire and Beverly were wise to turn to the Lord.

Make no mistake about it; those of us with faith in God also engage in folly and foolishness, which in essence is disobedience to God.

Adam and Eve were created by God who is Perfect; however, they believed the lies of the serpent, which induced dire consequences for all mankind (Genesis 3:22).

Moses was denied entry to the Promised Land because he used his own wisdom and struck the rock, instead of speaking to it as God commanded (Numbers 20:12).

Samson finally gave in to Delila, against the wisdom of God. He lost his strength and his life (Judges 16).

The Apostle Peter often acted out of his own flesh instead of first asking God what he should do.

Peter Cutting Off the Ear of Malchus, (1786), by José Joaquim da Rocha

He cut off the ear of the soldier arresting Yeshua (John 18:10). He even denied Yeshua three times (Mark 14:39–31).Another time, Peter advised Yeshua that no harm would ever come to Him, and he would make sure of it (Matthew 16:22).

However, Yeshua advised Peter saying, “You are a stumbling block to Me; you do not have in mind the concerns of God, but merely human concerns” (Matthew 16:23).

This is the foundational question we need to ask ourselves when discerning if someone is being foolish or wise — does the person’s actions or speech further God’s plans or try to stop them?

In other words, do their actions or speech line up with the character of God?

Each of us are called to ministry — to minister to those around us. So when we are engaged in doing God’s work, the foolishness of the world and sometimes even other Believers around us will try to stop us. Often ignorant of their actions or in their pride.

But our concern must stay focused on God’s concerns, fearing Him and not man.

That is the beginning of wisdom, after all.

“The fear of the LORD is the beginning of wisdom; A good understanding have all those who do His commandments; His praise endures forever.” (Psalm 111:10)

Jude Thaddeus Taylor, may you be filled with God’s Wisdom and His Spirit. Amen. Please help us ( my colleagues asked of me) proclaim Yeshua to Israel and the nations.

Someone, It's time you stopped hating the Jewish people and accept the truth and the reality as they pertain to God. His way and work cannot be changed, no body, no one, no other or any authority or system. It's the bases the world will see its demise with such foolishness.