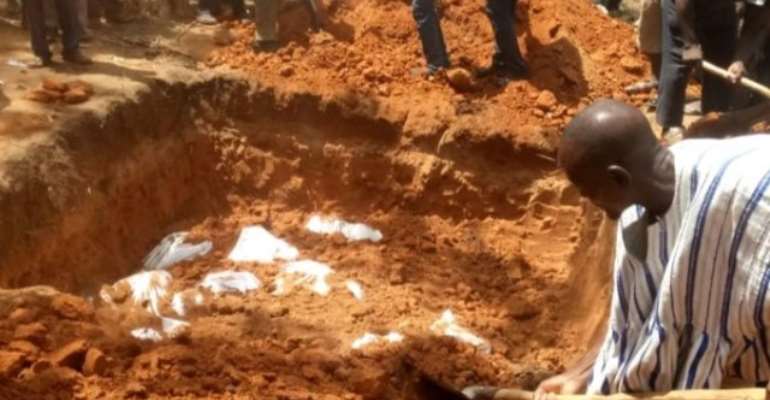 Passengers who were burnt beyond recognition buried in a mass grave

The bodies of 20 others who also perished in the accident will be given to their families after the necessary identification has been done. The chiefs and people of the area where the accident occurred have also resolved to perform traditional rites at the accident scene. 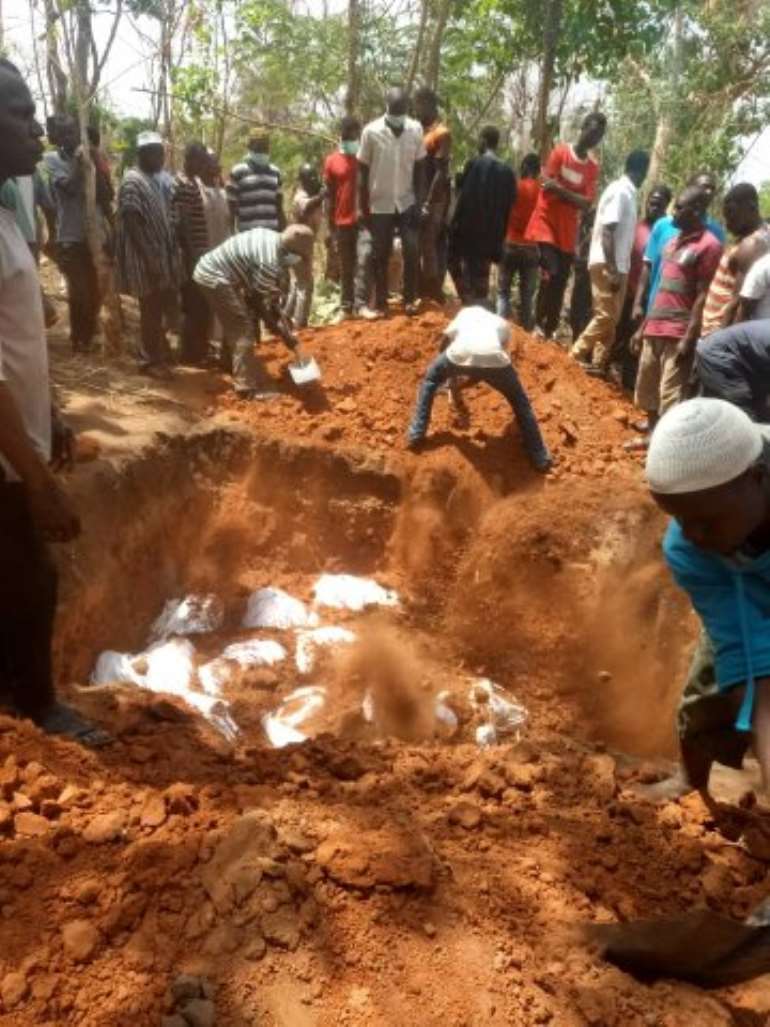 The accident, which occurred early Friday as a result of a head-on collision between two passenger buses, claimed 57 lives. 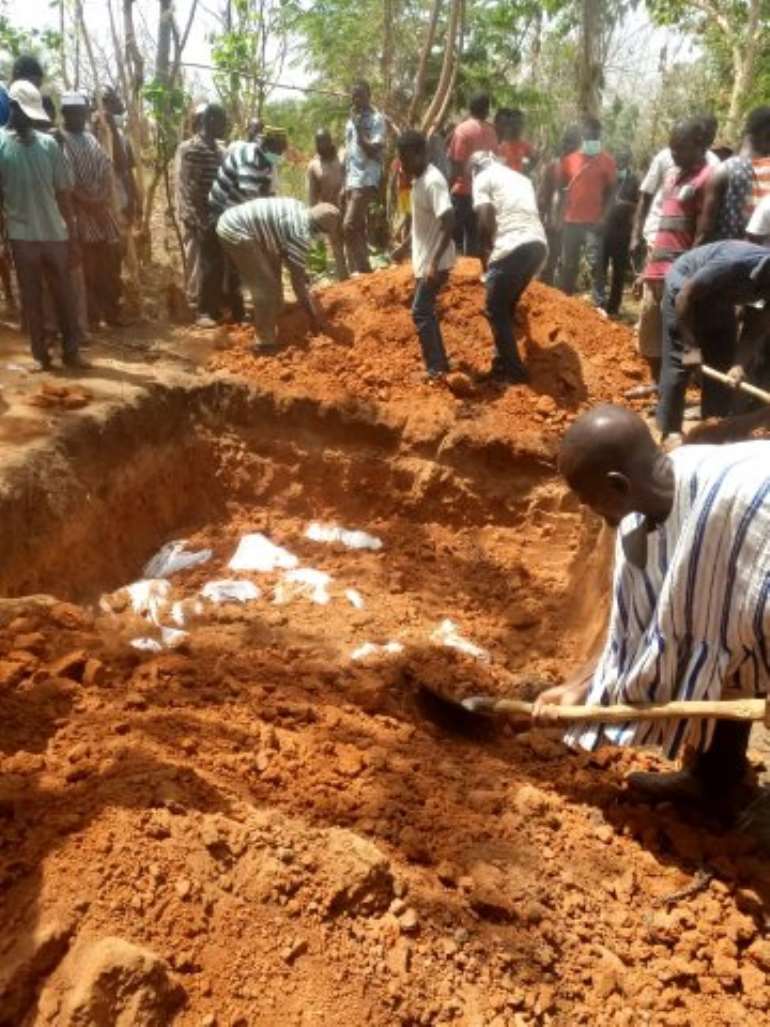 Speaking after the mass burial, the DCE for Garu-Tempane, Asore Avoka expressed regret about the accident and advised various transport unions to make it mandatory for long distance vehicles to have two drivers so that one could take over from the other to avoid tiredness that resulted in such fatalities.