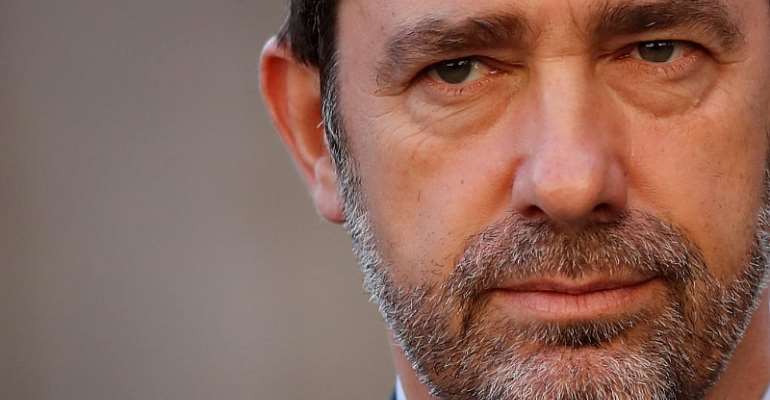 French interior minister Christophe Castaner on Saturday hailed the return of order to the streets of France after the 19th round of gilets jaunes (yellow vest) demonstrations. He emerged from a meeting with prime minister Edouard Philippe to declare: "The tougher policies have been effective."

The measures were brought in to combat violent splinter groups after demonstrators smashed up shops, cafes and newspaper kiosks on the Champs-Elysées on 16 March.

Castaner sacked the Paris police chief Michel Delpuech for his poor handling of the operation in the capital and replaced him with Didier Lallement.

As part of the hardline, troops were removed from anti-terrorist patrols to support more than 6,000 police in Paris. Nationwide another 59,000 officers were on duty.

In Paris, traditional rallying points for the gilets jaunes protesters - the Assemblée Nationale and streets near the Champs-Elysées - were placed off-limits.

Similar exclusion zones were established in Toulouse, Bordeaux and Nice.

Rethink
As a result, demonstrators were forced to find alternative routes for their marches to complain about the policies of Emmanuel Macron's government.

In Paris, a 9km hike between Denfert-Rochereau in the south and Montmartre in the north was organised and authorised.

It passed off peacefully with scores of marchers milling around on the grass verges just below Sacré-Coeur cathedral.

But as hundreds headed back towards the city centre, a group veered off and set fire to rubbish bins. They also vandalised the entrance to a bank before police snatch squads chased them into side streets.

"We gave people the chance to demonstrate," said Castaner. "We have stopped the people who come for violence. Order, as we know and understand it in the French republic, has been maintained."

Interior ministry officials said nearly 41,000 people took to the streets of France on Saturday. The number was disputed by gilets jaunes leaders who claimed just over 127,000 protesters had gathered.

Castaner said the new policy of rapidly identifying troublemakers had led to 233 arrests with 172 people kept in custody.

He added: "We must rest aware, determined and vigilant ... today, tomorrow and for the weeks to come."

I’m confident NPP’s next flagbearer will win 2024 elections ...
8 minutes ago

Akufo-Addo is serving in Ghana’s interest ‘irrespective of u...
8 minutes ago