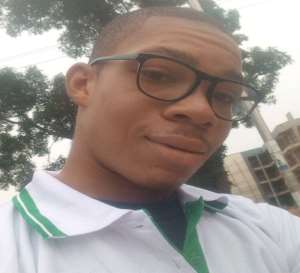 On the 13th of November, 2019, the upper East regional minister visited UDS, Navrongo campus on the purpose of meeting up with the staff and students.The meeting was supposed to come on around 10:00am but then the minister and team arrived on campus at 11:12am. The minister and her team entered the NH1. The biggest lecture hall on campus where the meeting was held. At 11:43am, the mc then called upon the principal Prof. Albert Luketera to give his welcome address and speech. The principal in his speech made known that there are three faculties which include faculty of applied sciences, faculty of earth and environmental sciences and faculty of mathematical sciences and fourth faculty yet to be established, faculty of computing and information science. The principal, Prof. Albert Luketera also made known that the campus has eight departments which runs several programs at the diploma, 1st degree, masters and PhD levels which the current student population is 1925 comprising 1805 undergraduate students and 125 post graduate students.

The staff population of Navrongo campus is 236 with 123 junior members and 44 senior staff and 69 junior staff. The principal lamented on the number of staff being inadequate especially the junior staff considering the magnitude of work to be done. The Navrongo campus is the least developed and most deprived campus of the University for Development Studies. We have inadequate staffing, inadequate facilities, inadequate equipment and laboratories. Inadequate vehicles, the darkest campus, the poorest road network etc. and yet some of the ground breaking and even faint painted researches have been and being conducted here on this campus” – Prof. Albert Luketera. The principal made known to the honorable regional minister the hope in using her good office to help address some of the challenges as the youth and her municipal chief executives have already started doing. Prof. Albert Luketera said “our challenges notwithstanding, the Navrongo campus has contributed and will continue to contribute its quota to our beloved country. It has produced fine graduates at all levels who in more than one way have served and are serving Ghana in several capacities and areas from medicated issues to industry, from politics to health and many more”. And we are even poised to contribute even more with the president’s announcement of converting our campus to our autonomous university. Why some see dream in this announcement, for us, this announcement is good news to us and we believe it also good news for Ghana. We see opportunities. Opportunities for growth, opportunities for development of our community and region. Opportunity to bring out the best in us for our mother land Ghana and many more and even opportunities to collaborate with our sister campuses for the development of Ghana beyond aid.” The principal concluded on the point that, the separation of the campuses into autonomous can be done and should be done peacefully and fairly so no campus will be disadvantaged. Which will benefit us now and in the future if so.

The MC equally called upon the honourable minister to respectfully mount to the podium and give her speech. The honourable minister then mounted the podium at 11:51 am to give her speech. But she said on the outline it is indicated that speech / comments so she is going to comments. After addressing the various protocols around, she thanked us for having time to meet up with her though some of the students were preparing for exams in some few moments ahead. The honourable minister made known to us that she was here on a familiarization tour due to the fact that she has been on Navrongo campus several times but not as a regional minister. She has now find it a need to visit the various institutions in the region to know their challenges and address them as such.

The honourable minister said, the best news to her is the Navrongo campus of the University for Development Studies being autonomous and she will always like to see the glass half full and half empty. She disclosed that the road network has been given out on contract. "If the contractor hasn't move to site he should move to site and set artefact". - Regional minister. She also made us aware that some projects which she doesn't have the details has been given out on contract for either renovation or complete build up which may include or exclude the broken sealing of the NH1 hall which doesn't befit the status of a university for we need an air conditioned hall. That statement cheered everyone around bit she said she is not promising but assuring but she doesn't know the difference between promise and assurance. The regional minister said, being autonomous is good but then it comes with challenges which include problems of internally generated funds and number of staffing. She disclosed that she and the principal spoke about the lightening system earlier on before the meeting with the students and staff. She said, the lighting problem is going to be fixed but in a cost sharing form. Which means the University will have to contribute in a way in the project. The school's auditorium is a building constructed by some Chinese individuals some years ago but then not long ago, the tiles in the building have started removing. The honourable minister said, she will take it into consideration and make arrangements for the right thing to be done even though the contractors are not from the country and ensure that there is value for money.

That's the biggest problem in the country we don't value money so we do things anyhow. Said the honourable minister. She made aware that she has been a student before even though not on UDS Navrongo campus, the courses we are offering are challenging and yet prestigious and lucrative if pursued well. The reason being that we are a developing country and every developing country has its own challenges in regards to education. She encouraged us the students to be self-motivated to keep us moving in adding value to our selves. It was her request for us the students to put in our best so as in the future we will be proud to be product of the University for the Country also to be proud of us. It was her plead for us the students to collaborate with the staff and she the regional minister in order to work policies,, programs and challenges that the university will face and how to collectively find solutions to the problems. The regional minister commended the students for holding ourselves up not causing any act of riots over the years. It was her request for us to humbly pass through the right and appropriate challenges in resolving challenges so as to maintain the good name we have called for ourselves. "Thank you much for your attention and even as you study for your exams, let's work together I appreciate you all. Thank you" - Regional minister.

The MC at 12:25 pm gave the opportunity for questions or any other submissions. Mr. Apori Ntiforo a.k.a ‘ahowofe’, a physics lecturer, pleaded with the honorable minister and her team to do everything in their capacity and collectively ensure to the establishment of the autonomous university, University for Technology and Applied Sciences (UTHAS). But the Mr. Apori lamented on the welfare of they the staff which is not taking care of will push away all the dedicated staff that has brought the university this far. Some of the students also made contributions and laments which include the school hospital not accepting NHIS, and we not having an emergency vehicle to convey us to hospitals making our welfare on campus at a risk. The issue on our school fees also contributed to the laments of the students. There were others who were willing to make various contributions or ask questions but the honorable minister suggested them to put them in writing and pass them to her through the principal’s office. This was due to another meeting she had with NAVASCO, a Senior High School few meters from UDS, Navrongo.

The minister and her team left campus around 12:37 pm. I hope to meet up with the minister in an appropriate moment to come. This was my first time of seeing a political office holder physically. I mean not on a television or a picture. I also hope and believe that all what transpired in this meeting will be brought into action. I know there are also more to come.

May God bless the honorable minister and her team for gracing our institutions with their visit and support. Not forgetting the principal, Prof. Albert Luketera and all staff for their love, care and undivided attention towards us the students. We say may the Almighty God replenish anything lost and bless you beyond expectations.

Long live Ghana, long live UDS, Navrongo campus which is yet to become UTHAS (University for Technology and Applied Sciences). Thank you.