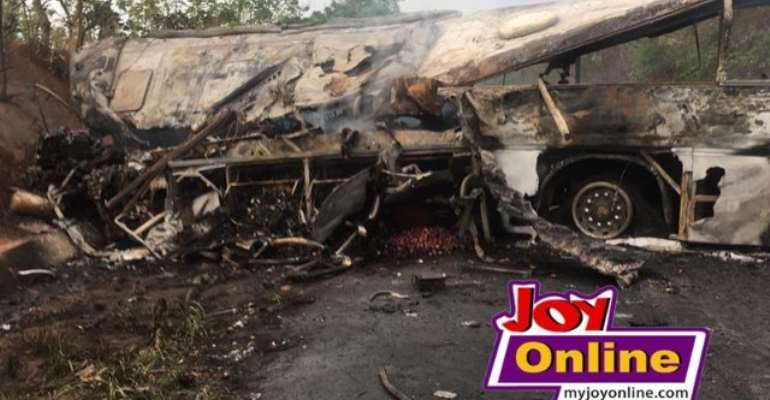 It is learnt that more than 30 people are feared dead in another fatal accident which occurred at Ekumfi Abor on the Winneba-Cape Coast Highway in the Ekumfi District of the Central Region.

The accident involved a Yutong bus which was travelling from Takoradi to Accra and a Metro Mass Transit bus heading towards Cape coast, Graphiconline reported.

According to an eyewitness, the Yutong bus was trying to overtake another vehicle in the wet morning when the accident occurred. Body parts littered the scene just as blood ran everywhere.

The injured have been rushed to the Winneba Trauma Hospital & the Mankessim Catholic hospital while the bodies of the deceased have been deposited at the morgue of the same hospitals.

The Police and the Fire Service were at the scene to rescue victims still trapped in the wreck. They are also directing traffic which built up on the main road as a result of the accident. 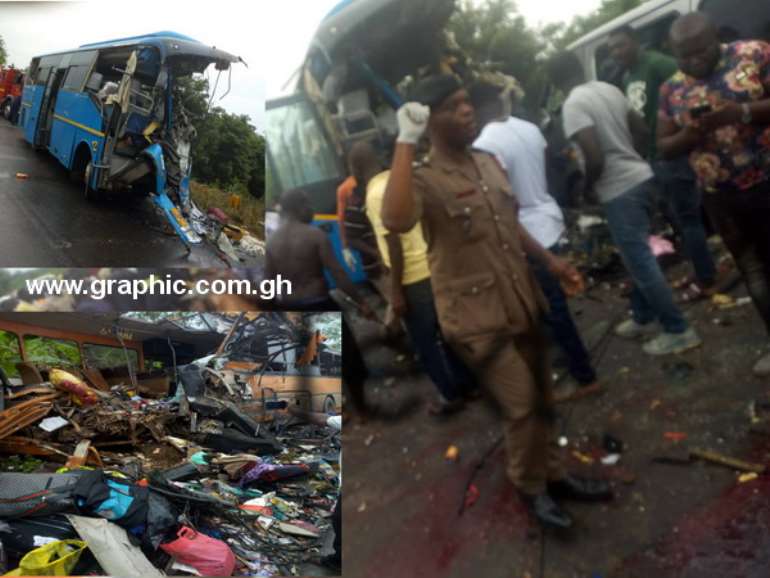 Although Ghana’s roads are considered one of the safest on the continent, the absence of dual-carriage roads leading to major towns and cities has been cited as contributing factor to crashes, a lot of them resulting in fatalities.

A number of the cases recorded are also due to carelessness on the part of drivers while many others are caused by mechanical faults.

Estimates show that Ghana loses over 230 million dollars yearly due to road accidents. The loss correlates to 1.7% of the country's Gross Domestic Product.

The major cause of road accidents in Ghana is due to excessive speeding. This accounts for 60% of car crashes in the country.