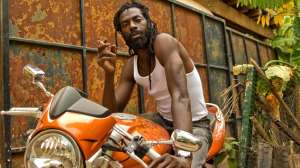 He is famous and one of the best Jamaican reggae stars the world has ever produced. Mark Myrie, the Jamaican dance hall reggae star better known as Buju Banton, disappointed reggae fans worldwide, when he was involved in a large scale cocaine case, leading to his 10 years incarceration by a Florida court, in the United States of America.

The court case of Buju Banton started in 2009, when the musician on a flight from Spain to the United States, was seated next to an informant who was paid by the federal government to help gain reputable evidence that could be used in court against the future defendant.

Unsuspecting Buju Banton started conversing with the informant and he reportedly started bragging about his heavy involvement in a large cocaine ring. This leads to U.S. agents setting up a sting that involved the sale of 11 pounds of cocaine for $135,000.

Buju Banton was, therefore, held in Pinellas County jail until the trial started on February 14th of 2011. The court proceedings were held at the Sam M. Gibbons courthouse, where the prosecution had both audio and video of Buju Banton conducting the cocaine trade deal.

They also had a video of Banton tasting cocaine at a different location. This evidence led to the reggae star being sentenced to 10-plus years in prison, and the singer was expected to be deported to his native Jamaica, immediately after serving his sentence.

Did the reggae world miss something special during his incarceration? When the Jamaican observer published about his release which actually took place on December 8, 2018, Jamaica’s international airport was stormed by happy reggae fans, waiting to welcome the Grammy Award-winning artist. He was in prison for seven years.

His album ‘Before the Dawn,’ in 2010, won the Best Reggae Album at the 53rd annual Grammy Awards. The Jamaica Observer reported that Banton returned home over the weekend, where crowds of fans gathered at the airport to await his arrival.

His friend and manager told the paper that Banton decided not to use the regular airport exit because he did not want to be mobbed.

"He felt the crowd was too big, and Buju had already been harassed by the dozens of passengers who traveled home with him, by taking pictures and videoing him and asking questions on his way back home," Donovan Germain said.

The musician went to the studio from the airport, and is looking forward to performing early next year, he added.

Buju Banton has really shown his toughness by putting this bitter experience behind him. He has gained his momentum and back on the reggae scene stronger than before.

Mahama Has No Blueprint To Fulfill His Promises – Sammi Awuk...
7 minutes ago