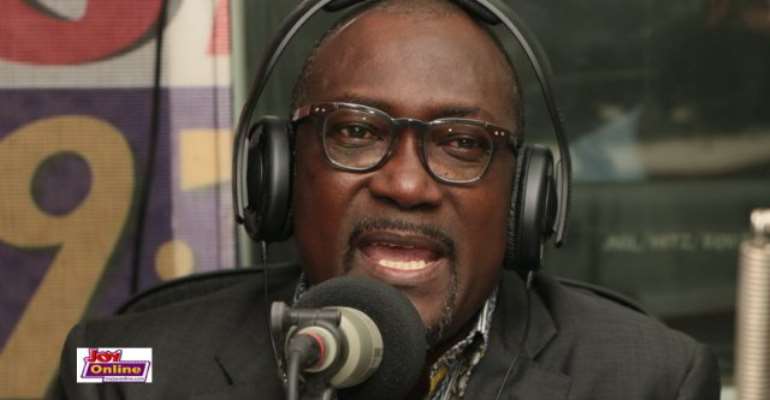 He argues that “almost every law that we pass, no matter have the good intention behind it, is stuck with the ministers’ discretion to override the good things said in the bill.”

Those laws, he further argued, gave unmerited discretion to ministers, thereby undermining the efficacy of the laws to fight corruption by increasing transparency.

Prof. Prempeh made the observation at the opening of a two-day anti-corruption forum in Accra on Tuesday.

It was organised by the STAR-Ghana Foundation in collaboration with Strengthening Action Against Corruption (STAAC) Ghana and the Accountability Rule of Law and Anti-Corruption Programme (ARAP).

The programme, which was on the theme: “Civil society and the fight against corruption: Successes, emerging lessons and good practices,” brought together about 120 individuals drawn from STAR Ghana’s anti-corruption funded partners such as Lead Afrique, the Ghana Journalists Association (GJA) and Public Interest and Accountability Committee (PIAC).

Others present at the forum were government agencies such as the judiciary, the police and some anti-corruption non-governmental organisation (NGOs) such as the Centre for Democratic Development (CDD).

According to Professor Prempeh, “giving ministers the right to use their discretion overrides the good intentions of the law.”

Citing the Petroleum Production law passed for allocating oil blocs in the upstream oil and gas sector, Prof. Prempeh stated that at the end of the day the minister had the discretion to go the other way.

He called for the need to move beyond case by case scandal driven anti-corruption agitation and push for more systemic legislative and regulatory reforms that decrease the opportunities for corruption by increasing transparency and accountability by decreasing discretion.

Another development which he said was eating into the fabric of society was the rampant use of “protocol” to circumvent the right way of doing things.

According to him, the use of “protocol” was a growing normalisation which could be described as corruption in another name.

Protocol, he said, was used to allocate scarce public resources and it was done without regard to transparent competitive meritocratic process, adding that this had a significant negative implication for the fight against corruption.

He called for the cultivation of more anti-corruption champions in the country to help fight against corruption.

He called on civil society to go beyond collaboration within their ranks and their comfort zones and bring in public participation to arouse their consciousness.

The Chief Executive of STAR Ghana, Ibrahim-Tanko Amidu, in an interview with the Daily Graphic said the country was not making progress in stopping corruption and, therefore, the meeting was aimed at identifying gaps which were hindering progress.

He said although the government was doing something in the fight against corruption, there was the need for more work to be done.

He commended the media for its vibrant work in the anti-corruption crusade but said the issue was with prosecution because many allegations had been made but not many prosecutions had taken place.