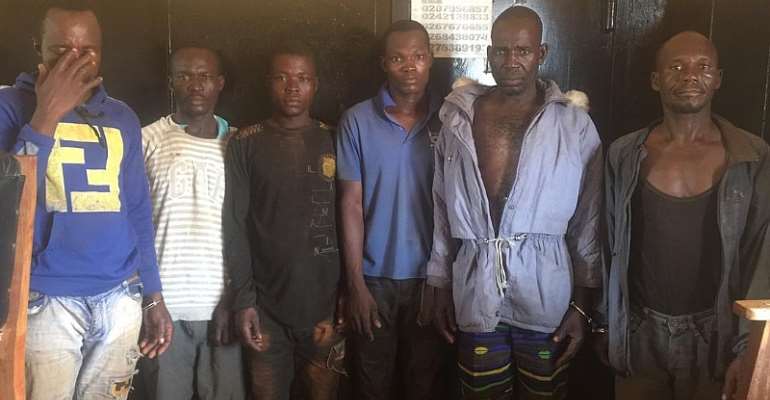 DGN Online has gathered that six persons out of the eight who were arrested in connection with the clashes between the Konkombas and Chokosis have been arraigned before court and remanded into police custody.

The two other suspects are currently in police custody in Yendi and will be transported to Tamale to face trial.

The suspects were charged with possession of fire arm without lawful excuse.

Meanwhile, the Northern Regional Security Council(REGSEC) has called for the speedy trial of all persons arrested so that justice will be brought to bear on the issue.

It will be recall that eight persons were arrested in connection with the renewed violence between the Konkombas and the Chorkosis in the Chereponi District of the North East Region.

The security personnel have been able to retrieve six locally manufactured guns from both feuding tribes in the area.

Three persons have died and over 22 communities burnt into ashes in the renewed clashes between the Konkombas and Chokosis.