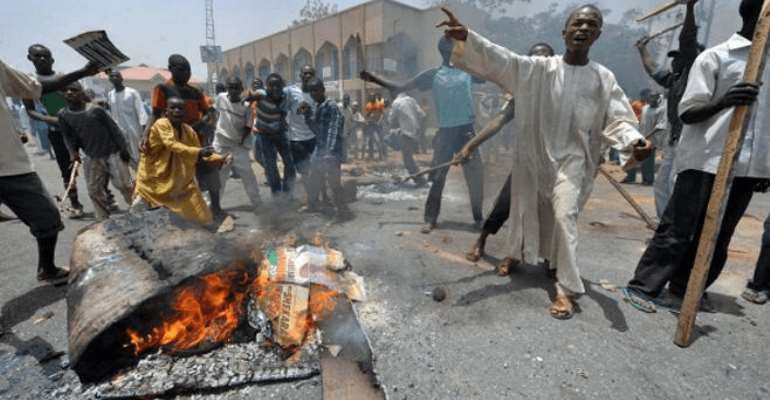 The Northern Regional Security Council (REGSEC) has issued a stern warning to arms dealers selling guns and ammunitions to groups within Chereponi to shut down their business or face the full force of the law when they are apprehended.

The warning comes as part of REGSEC’s move to restore normalcy to the Chereponi District and to restore peace between the Konkomba’s and the Chokosi’s. The renewed clashes which begun somewhere last week is currently under control following the deployment of Police and Military personnel to the area to restore calm.

The unrest has led to 2 people losing their lives with reports also indicating that over 40 houses have been torched with scores of locals, sustaining various degrees of injuries.

Chairman of REGSEC and acting North East Regional Minister Honorable Salifu Saeed after a meeting yesterday cautioned persons who have taken advantage of the situation to sell arms to trouble makers to desist from the act or face the full force of the law when they are arrested.

“Some people think that situations like this they can cash in and use the people and be making money at the background and selling arms and ammunitions to them. If anybody is caught with any offensive weapon especially arms and ammunitions, they law will deal with that person decisively” Honorable Salifu Saeed said.

He additionally cautioned trouble makers to lay down their arms to help restore total peace to the area. According to him, if any group fires shots at security personals deployed to the area to help prevent further violence, they will also retaliate and open fire on them.

“The clear warning that we are giving to the two warring factions are that if they attempt to open fire on any this thing or when they security are advancing to stop them and they open fire, the security definitely they have pure fire and definitely they will open pure fire on them”, he added.