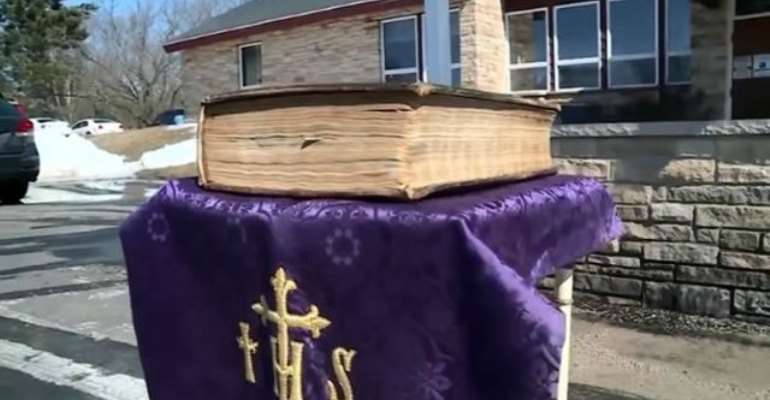 Members of a Wisconsin church that burned down said they have reason to remain thankful -- their church's original Bible survived its second fire.

O'Brien said the Bible had been kept in a display case at the church after it survived a fire at St. Paul's Methodist Church in Stevens Point in the 1950s.

"We can't open it anymore because of its age, but I think it's a great testament to our faith that still stands strong."

"I think this is really something special, truly a work of God," he said.

Firefighters in West Virginia said earlier this month that a destructive fire at Freedom Ministries Church in Grandview destroyed almost everything inside the building, save for about a dozen Bibles.