Can "French Commonwealth" Work For Peace In Africa? 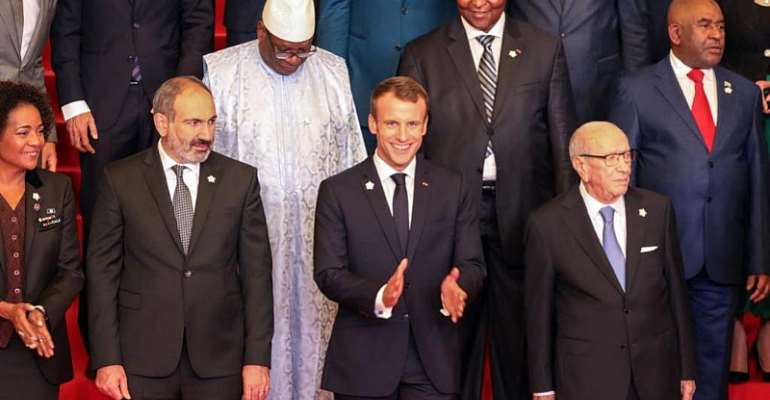 France is often criticised for its ex-colonial influence in Africa. But the head of the group of French-speaking nations, la Francophonie, says she wants to work for human rights and peace. It comes as the 88-member organisation celebrates Francophonie Week.

"I believe that the mission of the Francophonie organisation is to accompany countries and ensure that all member states share its values of democracy and human rights," Louise Mushikiwabo, the head of La Francophonie, told RFI's French service.

The mission of the 88-member group is laid out in its 1997 charter, in which it vows to promote dialogue among French speakers, some 274 million worldwide.

"That is part of my mandate," continued Mushikiwabo, who entered into her new role in early January, replacing the Canadian Michaëlle Jean.

Spreading peace "is something the organisation does already. I have just arrived but the institution has been around for a long time, and this work is continuing," she said.

Mushikiwabo is not the first leader to try to weave politics into her role. Former secretary general Abdou Diouf won credit for his subtle but strong diplomacy skills, notably in mediating crises in Burkina Faso, Mali, and the Central African Republic.

There is no shortage of conflicts to resolve on the African continent right now, and Mushikiwabo, a former Rwandan Minister of Foreign Affairs, will have her first dose of that when she visits the Democratic Republic of Congo later this week, following last year's controversial presidential election.

Her organisation has come under criticism for its relative silence on the issue, and Mushikiwabo has said herself that she will not bring up the election results when she meets with President Felix Tshisekedi.

"I think it is time to defuse the situation," she said, adding that she was "happy to be celebrating Francophonie Week in Kinshasa, one of the largest capitals of French speakers," in the world with roughly 80 million citizens.

"So at the start of my mandate, it is an obligation for me to go there."

Elsewhere, critics like Walid Arbid, who heads an association of universities in Lebanon, reckons the Francophonie organisation can be "a factor of peace."

"It brings together populations from the North and South all under one community," he told RFI. "It is also a bulwark against the cynicism of countries like the United States which shun values of humanism."

Those values are ripe for the African continent.

The seeds were sown in a 1990 speech by former French President François Mitterrand in La Baule [West France] he reckons, referring to the ex-leader's "call for democracy to be strengthened in Africa," that would later be tied to development aid.

"Africa will be the canvass on which this peace will be built," said Arbid.