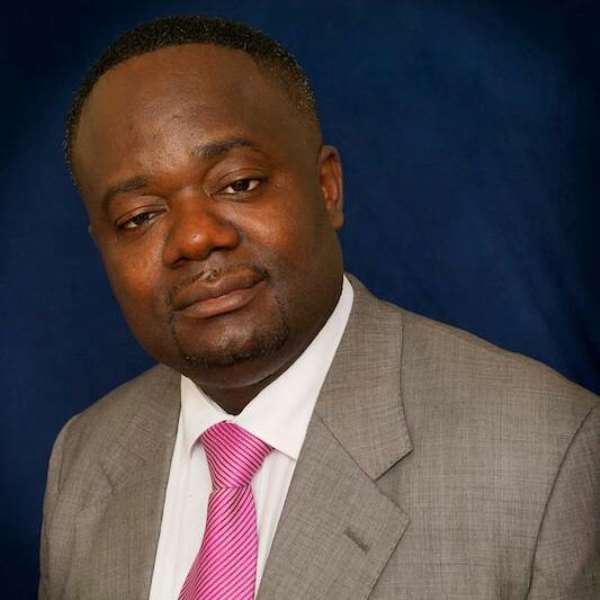 Kumasi, March 21, CDA Consult – Mr Kofi Akpaloo, Representative of the Minority Parties without representation in Parliament on the Representation of the People Amendment Act (ROPAA) 2006 (Act699), Committee on Tuesday called for an amendment of the ROPAA Act.

He said: “The over 13-year-old Act 699 needs amendment to make it workable, a lot has changed since ROPAA was passed in 2006, it was necessary that in trying to implement it now we looked at current realities, the law needs a review take into account the new developments in Ghana's electoral process”.

Mr Akpaloo who is the leader of the Liberal Party of Ghana (LPG) told the Communication for Development and Advocacy (CDA Consult) in an interview after the Electoral Commission (EC) ROPAA Consultative and Implementation Committee stakeholder engagement at Ejisu, in the Ashanti Region.

Mr Akpaloo explained that the requirement for registration which hinges on a valid Ghanaian passport, a valid resident permit, and proof of dual citizenship for those who claim to hold dual nationality is ambiguous and anachronistic.

“We should not entangle ourselves with legalities and other operational modalities which could implicate our brothers and sisters in the diaspora…we still struggling to settle on the sanctity of the Ghanaian passport,” Mr Apkaloo, Minority Rep on ROPAA Committee stated.

He, therefore, called on the EC to roll-out modalities for an immediate amendment to ROPAA to suit the current realities; “the legal hiccups will not make the implementation practicable.

“We need to settle on the number of countries whether in all 193 United Nations accredited member states and the other two non-member states the Holy See and the State of Palestine? Who qualifies as a Registration or Election Officials? And mode for handling registration challenges?

Dr. Bossman Eric Asare, EC Deputy Chairman, in-charge of Corporate Services who also doubles as the Chairman of the Committee explained that the Act charges the EC with the responsibility to make regulations for the implementation of the ROPAA.

“In complying with the obligation imposed by the Act, the Commission set up a sub-committee to make recommendations on how best the ROPAA can be implemented,” he said.

The Law mandate also that the Voters Identity Cards to enable them to vote in public elections and referenda be issued to them while resident abroad and being outside the jurisdiction of Ghana at the time of such elections.

The EC ROPAA Committee who participated in the stakeholder engagement were Mrs. Adwoa Abrefa Asuama, EC Member; Dr Benjamin Kumbuor, a leading member of the National Democratic Congress (NDC); Professor Ransford Gyampo of the University of Ghana, and Dr Kojo Asante of the Centre for Democratic Development (CDD).

Mr. John Boadu, General Secretary of the New Patriotic Party (NPP); and the Reverend Dr. Ernest Adu Gyamfi of the National Peace Council were however absent.

It would be recalled that the following advocacy by interest groups a Bill was introduced in Parliament in 2006, the Representative of the People Amendment Bill (ROPAB) to amend the representation of the People's Law of 1992 PDNC Law 284.

The PNDC Law 284 did not make provision for Ghanaian citizens other than persons working in Ghana's diplomatic missions, persons working with international organisations of which Ghana is a member and Ghanaian students on Government scholarship, to be registered in the countries where they reside.

The ROPAA, Act 2006, ACT 699 was therefore passed to extend the right of the Ghanaian to participate in voting in public elections and referenda to Ghanaians living outside Ghana.