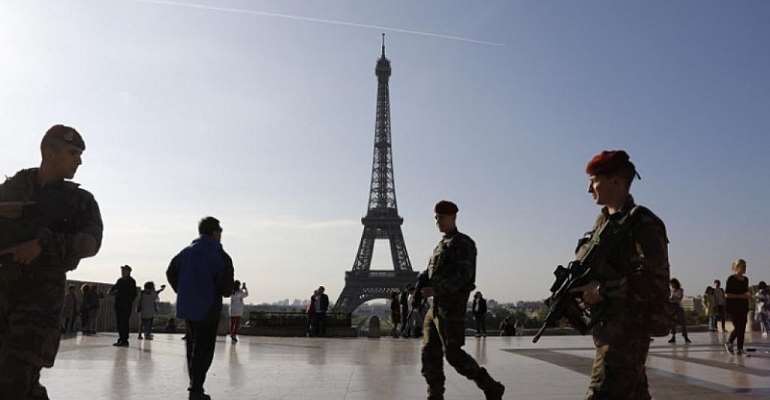 Opposition politicians from both left and right have criticised the government's decision to deploy soldiers to guard buildings during this weekend's Yellow Vest demonstrations.

The government has emphasized that the soldiers' role is to patrol and guard key buildings but “in no circumstances to participate in the maintenance of law and order.

“The aim is that the soldiers should not be in direct confrontation with protestors, they are to be assigned to the protection of buildings. That will free up the police officers currently in front of these buildings,” Health Minister Agnès Buzyn told RMC radio on Thursday.

While police trade unions have broadly welcomed the decision to deploy soldiers to guard certain premises, Philippe Capon of the trade Union Unsa-Police sounded a word of warning: “what worries me," he said, "is the reaction to any attack.”

Soldiers have been used to guard key buildings in France in recent years in response to the wave of terrorist attacks, but several opposition politicians have voiced concern at their deployment next Saturday.

Far-right Rassemblement National leader Marine Le Pen told a television audience on Wednesday evening that the army's role was to defend against terrorists, not the people. Jean-Luc Melenchon of the far-left La France Insoumise agreed with her.

However, former environment minister Ségolène Royale wondered on RTL radio why the government had taken so long to decide on the presence of soldiers. She said that while the anarchist “Black Blocs,” violent agitators who infiltrate demonstrations, were “not terrorists, they sow terror. And so it is the same thing.”

Interior Minister Christophe Castaner was heavily criticized over the riots on the Champs Elysées last Saturday. Shopkeepers, employees and local people complained that the police had not been not active enough and Castaner has since sacked the Paris police chief, and is now leading a complete change in strategy.

At a ceremony on Thursday for the appointment of the new police chief, Castaner declared that on the Champs Elysées on Saturday “there were no protestors, there were people filled with hate ... people who had come to smash things up, to destroy, to attack”.

And as he made clear the police would be given new instructions, he was fully aware that a more active response to violence might lead to injuries, declaring: “We have defined a new strategy of mobility, contact, reactivity, arrest and we take full responsibility for the risks that involves”,

The use of the LBD rubber bullet launcher at some Yellow Vest demonstrations has been the source of considerable controversy because of the severe injuries it can cause. Following debates in Parliament the use of rubber bullets remains legal as they are deemed a necessary weapon in riot situations.