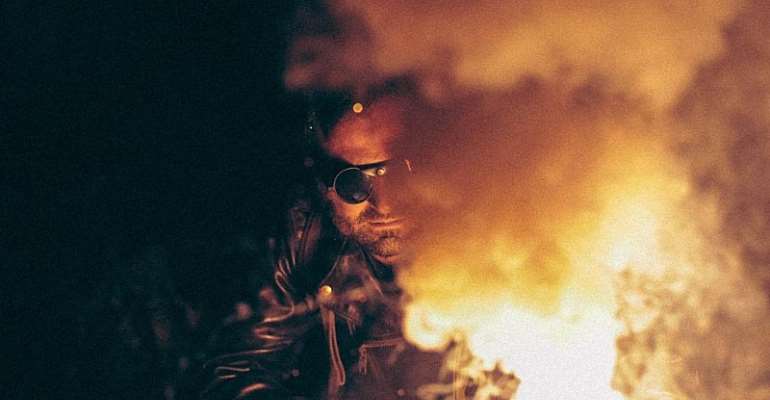 When you're passionate about music and art, but your big brother M is a star in France, your dad Louis is a successful musician and your grandmother was a much respected poet and thinker, what do you do? French singer-songwriter Joseph Chedid talks to RFI about finding his own voice within the famed Chedid family as he releases the second part of his album Source.

His second, Source, published under his own name Joseph Chedid, marks a kind of coming out as he explores his place within the multi-talented family.

"It's my quest to find my path, my identity", the 33-year old singer, writer and guitarist told RFI. "It talks about finding some answers and some light in the darkness."

Comparisons with his exuberant older brother M (Mathieu Chedid) are easy to make, but not always easy to live with.

"We are different persons and I have just had to take my time to make my music," he says while admitting "it's hard to be yourself and to be confident and to grow with time, like a tree".

Reveal your true self... gradually

Chedid produced Source himself and chose to release the 12 songs on three separate EPs before the full album in June to generate interest in his story. A deliberately slower form of publication that felt "natural" to him.

Part 2, out today, is heavy on electric guitar and includes the upbeat Dévoilez-vous (Reveal your true self).

"No matter how people look at you, accept your body... be generous with your beauty," Chedid sings nonchalantly before breaking out into the catchy falsetto "dévoilez-vous" refrain.

Bipolaire (bi-polar) begins with Chedid quietly lamenting "I go from laughter to tears like Baudelaire," before giving full vent to his passion for electric guitar for the best part of three-minutes.

"If you're suffering, having taken the wrong path, I'm going to heal you with a flick of my magic wand... I will erase your wounds with a stroke of my silken glove," Chedid sings, as the video shows him walking, alone, through a forest of pine trees.

An artistic project in several dimensions

Source isn't just an album, but an artistic project with music, painting and cinema. There'll be an exhibition of paintings accompanying each song, a film Guérir, the album and the live shows.

"With my brother and my family, we all have cards [to play], some are easy some more difficult," Chedid explains. "But the question is 'what do I want to do, what do I love to do'? And that's music and art. I want to express some stories and live [my] music, without too much reflection, too many barriers.

"I'm not afraid to take time to make my music and be the musician I want to be."