The Procrastination Syndrome That Ails Ghana 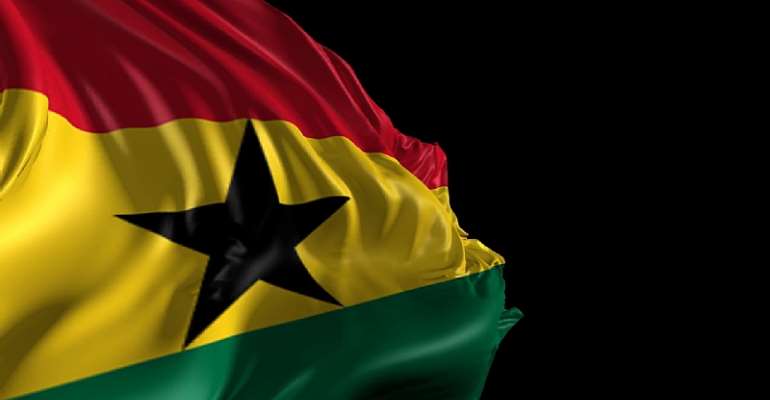 My beloved country Ghana just turned sixty-two (62) years. Sixty-two (62) years not representing our age as a country but rather years we have spent as an Independent nation. Full of optimism emanating from a future that promised so much, a future as bright as the star we have come to accept being associated to ourselves, it is easy to see why the people were so happy back then. Fast forward from that time to now and I bet the people who fought so hard knowing the risk of their lives being at stake would not only be disappointed but also have a regretting feeling concerning the current state of the country, to see that we have not been able to build on the optimism they had back then to make significant strides or build on what they left behind.

From greed, through bribery and corruption to procrastination, one can mention factors that number more than or equal the number we have spent as an Independent nation. In juxtaposing the success and failures of the nation, we can see the negatives far outweigh the positives, thus, the reason we find ourselves in this pitiful state as a nation.

Procrastination, nice as its name may sound, is an unpleasant thing to find yourself entangled in. It is the act of postponing, delaying or putting off, especially habitually or unintentionally. It is the act of postponing or delaying a set of tasks. It is the force that prevents you from following through on what you set out to do. In seemingly defending it, people say procrastination is a challenge that we have all faced at one point or another. For as long as Humans have been around, we have been struggling with delaying, avoiding and procrastinating on issues that matter to us.

For the sake of the concept under review, I could not have agreed enough with Napoleon Hill description of Procrastination as the “bad habit of putting off until the day after tomorrow what should have been done the day before yesterday”. Charles Dickens also weighs in with his own definition by saying “Procrastination is the thief of time” and as the thief, there is no doubt it has stolen the progress and joy of Ghanaians. It is no doubt one of the most common and deadliest diseases as its toll on success and happiness is heavy (Wayne Gretzky).

Ghanaian Citizens have allowed this disease and or syndrome to eat us up so much that we only wait for the coming up of an occasion or event, the visit of a perceived important or esteemed figure and most sadly, tragically and far more costly, a disaster or accident before we act or do the right thing that should have been done but for procrastination. The just ended 62nd Independence Day which was held in Tamale in the Northern Region is a typical example of how this canker has engulfed the whole region and the nation as a whole. Tamale, known to be one of the dirtiest cities in Ghana is now in contention for the nearest city. Because the President Nana Addo Dankwa Akufo Addo was coming to grace the Independence Day. Most roads leading to the town center now have street lights and painted white. Ghana flags were positioned at vantage areas in the metropolis and dustbins were placed too to prevent citizens from littering the city. The Aliu Mahama sports stadium which was in a deplorable state was painted and renovated just for a day’s program. Before this occasion Tamale was an eye saw. Rubbish bins can be over full for weeks without it been disposed of, most of the streets had no light and traffic lights were not functioning. But before then, all these problems I have mentioned were problems which should have been worked on and not to have waited for an occasion like this for all these to be done.

There is no doubt that our bid to rectify the problems we have created through procrastination places us under more pressure. As we have often ended up on the wrong side of affairs in cases like the aforementioned, we end up spending more money than we should have had if not procrastination and found ourselves under pressure. To some extent, we end up losing valuable lives as a result of disasters coming from procrastination, which is far more costly (June 3rd disaster, a case in point).

Procrastination makes easy things hard and hard things harder (Mason Cooley), and that if you want an easy job to seem mighty hard, just keep putting off doing it (Olin Miller). Not only has Time and History proven what these people quoted, the scenarios above (extra cost being incurred among lives being lost as brought about by Procrastination also prove that they are right.

Most of the structures in the country are in very poor states and conditions. From our roads, through offices to schools, yet they have been left unattended to, periodic maintenance works have all stalled now waiting for a misfortune to strike us before we act, which we will end up spending more resources on the aftermath than it would have been for us to attend to them now. This whole Procrastination subject being focused on here revolves around TIME. Time as Dennis Waitley puts it “is an equal opportunity employer. Each Human being has exactly the same number of hours and minutes every day. Rich people cannot buy more hours, Scientists cannot invent new minutes” How well we use our time, either urgently or procrastination, determines our fortunes and successes as a nation. Time -- they say is money. It is, therefore, no surprise that nations who have made better decisions concerning time and spent it wisely have had better fortunes and successes that we as a country have. Rwanda is a typical example of how well time spent can change the development status of a country. My biggest regret could be summed up in one word, and that’s procrastination (Ron Cooper). I stand in the position of our nation and reecho Ron Cooper’s sentiments. Know the value of time, snatch, seize and enjoy every moment of it. No idleness, no laziness, no procrastination (Philip Stanhope).

Personally, I think 62 years of independence for a country like Ghana is an under development when it comes to our mentality in handling things related to national affairs. Individuals at high positioned are always exhibiting lackadaisical attitude when it comes to managing the properties of the country. I think it is about time we start doing the right things all the time and not waiting for occasions to show the entire world that we can do the very right things. I don’t think if Tamale was as neat as Kigali we would have spent millions of tax payer’s monies to just keep the city clean for a week.

As Benjamin Franklin said, you may delay, but time will not, and lost time is never found. Let us, therefore, remember as a nation that, the time we enjoy wasting is not necessarily time wasted, and we cannot escape the responsibility of tomorrow by evading it today (Abraham Lincoln). Therefore why don’t we start now, as continuous postponement of things we should do today will leave us wishing we had started today, a year from now (Karen Lamb). We shouldn’t put off today till tomorrow what we can possibly do today (Oscar Wilde).

I, therefore, urge we all citizens, as full constituents of the nation to embark on a “do it now mentality because later becomes never attitude or culture” to help change and improve the fortunes of the nation. The best way to get something done is to begin, let’s not forget what Leonardo Da Vinci said, it is easier to resist at the beginning than at the end. It may look like all is lost now, and that there is no point in trying, but all is not lost.

Starting now, all is not lost for the renovations and maintenance works that need to be done to our roads and buildings as we will have to incur more costs as a nation should we wait for a mishap.

For policies that need to be rolled out to ensure the betterment of the societies but are being delayed because we might be waiting for the right time, like Napoleon Hill said “don’t wait, the time will never be just right” So why not roll it out now? The masses will continue to suffer from every stretch of continuous delay.

The list can go on and on and on for what’s supposed to be done that are being delayed or not being done and their subsequent consequences.

I end with a quote from Norman Vincent Peale which says “The really happy people are those who have broken the chains of procrastination, those who find satisfaction in doing the job at hand. They’re full of eagerness, zest, productivity, you can be too”

GOD BLESS OUR HOMELAND GHANA AND MAKE OUR NATION GREAT AND STRONG.