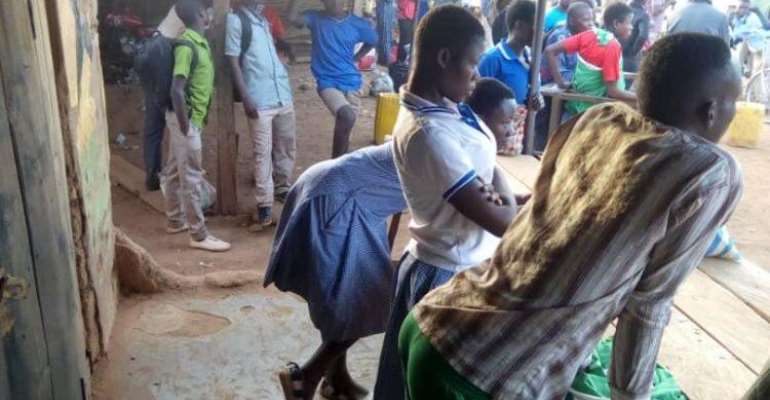 Some of the students

Some students of the Chereponi Technical Senior High School who are not Chokosis have besieged the police station to call on the police to escort them to their various homes.

This decision is as a result of the continuous tension in the Chereponi District over the clashes between the Konkombas and Chokosis.

The students fear that they might be attacked since the clashes have extended to districts and communities where both feuding tribes are located.

The Northern Regional Police PRO, DSP Mohammed Yussif Tanko, who confirmed the incident to DGN Online, said the decision by the students is against the advice of the District Security Service (DISEC) and the Ghana Education Service (GES), which was held in Chereponi.

According to him, DISEC assured the students of their safety, urging them to stay back in school.

DSP Tanko has appealed to the leadership of both feuding tribes to give peace a chance and dialogue among themselves to resolve the problem.

Meanwhile, police in Chereponi have received reinforcement and vehicles from the national headquarters to help their operations in the district.